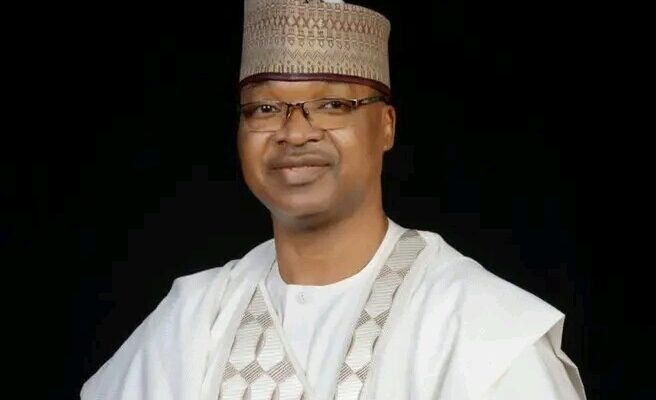 In the face of collapse of Ganaja road section in Lokoja, Dr. Inuwa Iyodo will transform Lokoja and Kogi State to Nigeria’s transportation and logistics hub.

Understanding the value of transport infrastructure and the dire need for governments in the developing world to recognize and optimize it’s socioeconomic benefits will continue to attract scholarly, development and transport sector experts including the International Transport Forum because:

2. Countries spend considerable amounts of money each year to build, maintain and improve their transport infrastructure in response to the growing passenger and freight mobility needs and the need to renew aging infrastructure. Decision makers need information on spending and the outputs achieved from infrastructure spending in order to prioritize investment. This is critical under tight budget constraints.

Despite repeated and bloated claim of a fantastic intervention in the state’s road transportation infrastructure in the last seven locust years, existential realities have failed to authenticate the bogus claim as Kogi remain one state with a high proportion of poorly connected and dilapidated urban and rural road networks in Nigeria today.

The induced and reluctantly constructed Ganaja flyover notwithstanding (thanks to Senator Melaye’s outcry in 2016), a drive through Lokoja the state capital to the central, western and eastern senatorial zones paints harrowing picture of total neglect and refusal to explore the God-given unique confluence and gateway locational advantage of the State to move the confluence state into a logistical and commercial hub status for Nigeria and the west African region.

The vituperous social media hypes of several ebony colored bituminous overlay claims across the state have all collapsed like the proverbial pack of cards. The embarrassing 72-hour gridlock caused by the now failed Ganaja section of the Lokoja-Ajaokuta road is a sad reminder of the woes the state has endured in the last seven years.

To those not conversant with the workings of state-federal government cooperation on items on the exclusive list, the argument about the section being a federal road has been put forward as a face-saving measure. While conceding that guidelines exists for such refunds if the state undertakes a federal government project requiring urgent attention in its jurisdiction, we must however, be reminded that the immediate past administration reconstructed the same and even longer stretch of road for which the present administration got a refund for, during its first tenure.

Was there any attempt that was rebuffed by the federal government on the road stretch? This neglect therefore calls for total condemnation from well meaning citizens as a failure of governance.

For us, while the opportunity to reverse this ugly commentary remain open, the citizenry must insist on good governance in public administration in the state as seating and incoming administrations must take the transportation system to the highest premium as good transport infrastructure will usually increase the scale and scope of economic (for freight) and social interactions (for passengers). There is a wide range of economic benefits conveyed by working transportation systems with concomitant direct, indirect and induced multiplier opportunity scenarios.

With transport infrastructure considered critical in economic development across all income levels supporting personal well-being and economic growth, governments across the globe make strategic investments in the regard. This can and should be the case in Kogi State.

Transportation must be considered as a strategic factor in promoting the State’s economic competitiveness and the question arises as to what extent the economic benefits of a classic transportation model can be made beneficial for Kogi and Nigeria at large.

The ‘Iyodo Revisioned Kogi State’ will. beginning January 2024, implement the SIT Agenda that will reengineer and reboot a people’s competitive state for prosperity and safety.

The annual shameful NATACO-Lokoja traffic gridlock on the ABUJA/Auchi federal highway is a an annual occurrence travellers MUST encounter while travelling on through Lokoja. But that is not the line of shame now.

Kogites and Nigerians woke up to a subtle but gradually-building hordes of trailers at the Egoja Gas section of the Ganaja-Ajaokuta road that, on August 22, 2022, a This Day newspaper account read: “In the last 72 hours, motorists plying Lokoja through Ajaokuta to other parts of the state and eastern flank of the country have remained stagnant as a result of the gridlock caused by the bad portion of the Ganaja road, leading to breakdown of vehicles”. This report called all hands to come on deck to position Lokoja as Nigeria and West Africa’s Transportation and Logistics Hub as the story is not different on the Kabba, Ogori Magongo and the Okene-Auchi routes, respectively.

Where did we go wrong?

In the cycles of economic development, a revealing conceptual perspective is that of how transport systems evolve in time and space as they include the timing and the nature of the transport impact on economic development. Lokoja and Kogi state have evolved over time, beginning from the colonial era to now. As a confluence of the major rivers in Nigeria, water transportation was a major industry with merchant ships birthing in Lokoja and providing warehousing facilities for goods. As gateway to about ten states and invariably, to the North and South of Nigeria therefore, a world class intermodal transportation infrastructure master plan is now a necessity and will be implemented during our first tenure, as part of our 3 point SIT (Safety, Industrialization and Transportation) agenda, and hitting the ground running from the day 1.

Going forward, an IYODO administration will explore the contribution of infrastructure to economic development arising from a multitude of channels, including the enabling of productive private investment, the creation of new activities (supply chains), or the reshaping of our economic geography.

Iyodo will work for a necessary modal shift in the transport sector to connect our over 54 extant water crossing points with the agriculture and trade potentials as well as resuscitate and rebirth the inland water transportation of yore; inaugurate polically announced connecting bridges for Ganaja-Shintaku, Zugbe-toto, Idah-Agenebode, Ibaji-Anambra such that Kogi will be a hub for commerce, logistics through water, air, land and railways.

We shall re- establish Kogi State as a force and voice of reckon in Nigeria as he secures, industrialize and develop all identified transportation models for optimizing effective intra and national connectivity. We are ready to go in a manner that will make Kogi State, Nigeria’s largest construction and development space.

Concluding, the 2023 governorship election in Kogi State will be a deciding moment for us all as Kogi state deserves aside other emerging development issues, 100% intra and external connectivity through PPP-driven, integrated and conceptualized intermodal connectivity intervention (road, water, rail and air connectivity) in a safe environment that can attract the right and ready to go investments for industrialization. This will build a truly private sector driven manufacturing and export oriented economy with high optimization for our agriculture, solid and oil resources, free trade zones and huge skilled youth, middle age and female demographics.

IYODO is the long desired breathe of fresh air to reposition Kogi State in a prosperous new decade. He is a bundle of experience (with maturity), exposure, integrity, commitment and passion for the true emancipation of our dear state. Let the great sons and daughters of the discerning West and sagacious Central team with the fearless Eastern brew to salvage our dear Kogi State. It is a task that must be done. Join Us!