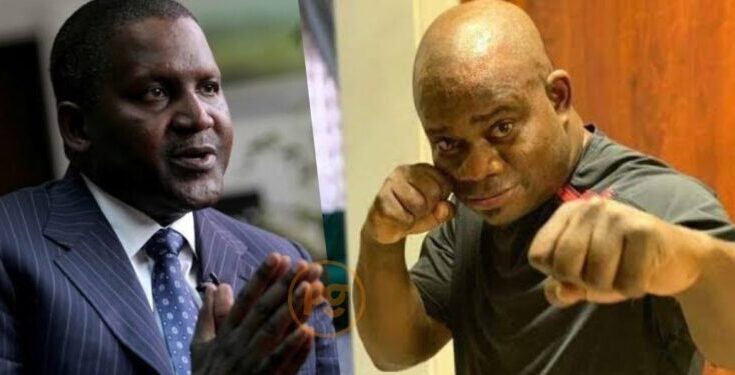 Kogi state has threatened to release visuals and audio of a purported clandestine meeting for the whole world to see the mindset and modus operandi of Alhaji Aliko Dangote and his conglomerate.

According to a statement issued on Saturday by the state Commissioner for Information and Communications, Kingsley Fanwo, the government is in possession of a 28-minute WhatsApp call recording of what he described as satanic resolutions reached by officials of the Dangote Group during a meeting they held on Friday night to chaos in the state.

In the statement, Kogi State Government said it uncovered an alleged plots by the Dangote Group to launch mayhem across the state, attack government officials and also “obliterate” documents containing agreements between the government and the group of company.

Fanwo alleged that the company officials resolved to initiate both civil and criminal proceedings against certain government officials, block all the major highways across the state with their trucks to cage Governor Yahaya Bello by making it impossible for him to move out of the state capital.

“We are a people that cannot be destroyed by the whims and caprices of the capitalist dominance that the Dangote Group stands for.

“We wish to inform the people of Kogi State that the State Government will stop at nothing legal to defend their rights to movement and safety.

“We will take steps that are legal to resist the act of cowardice of the Dangote Group to harass, intimidate or harm the people of Kogi State for demanding their rights,” he said.

Kogi state government called on security agencies to be on red alert to forestall any breakdown of law and order, and warned Dangote Group that Kogi State will not condone any act of lawlessness.

“It is our wish to ensure the agitation to reclaim our equity at Obajana is non-violent as we have all that is required to win the battle. Security agencies should resist the temptation of being used by the Dangote Group to harass officials of Government and our people as hatched at the ill-fated meeting.”