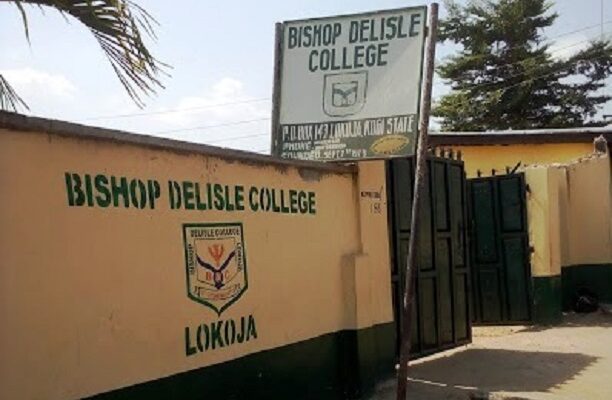 The 1995 set of Bishop Delisle College Old Students Association (BIDOSA ‘95) in Lokoja, Kogi State, has donated five sets of computers to its alma mater to empower the students and boost their digital learning skills.

The donation was made by the group of 1995 set as their contribution to support the laudable step taken by the outgoing Principal of the College, Mrs Mary Bola-Boro, in her determination to see that a Computer Laboratory and Information and Communications Technology (ICT) facilities are put in place before she finally leaves this December for her retirement.

The computers were presented to the school on behalf of the old students by the Vice President of BIDOSA ’95, Mrs Obaromi Comfort Olufunke, a lecturer in Kogi State Polytechnic who stood in for the President, Mr. Joseph Okpanachi Adejoh, a Customs officer.

In the course of the presentation, Mrs Obaromi said the move to set up a computer lab/ICT room for the students would afford them the opportunity to engage in practical training and be equipped with the necessary skills and knowledge to operate in the digital world.

Appreciating the Principal for her giant strides in turning around the fortunes of the school, the Kogipoly lecturer implored the students to emulate her leadership qualities and wished her well in her future endeavour as she quits for retirement.

She advised the students to shun truancy, concentrate on their studies and work hard to come out in flying colours for them to be better persons in future.

Responding, the principal, Mrs Bola-Boro who has always identified BIDOSA ’95 as one of the sets that have been showing support to the school, thanked the members and described their gesture as noble and worthy.

She disclosed that with the 5 computers donated by BDC 95, there are now ten on ground – two provided by the school and three donated earlier by the 1999 set.

While praying for members of the group, the principal was of the conviction that they would do greater things for the school in no distant future.

Speaking at the presentation, the Welfare Chairman of the School, Mr Dickson Unekwu, expressed gratitude to the BDC 95 set for their benevolence and concern shown towards the college.

Unekwu said he feels inspired, and would therefore, take it upon himself to mobilize his classmates of 93 Set in the secondary school he graduated from to come up with a similar gesture for their alma mater.

The Welfare Chairman appealed to the members of the BDC 95 to continue in their goodwill towards the school even with the exit of Mrs Bola-Boro who has had a good relationship with the set.

Writing materials were also distributed to the students during the presentation ceremony at the school premises.