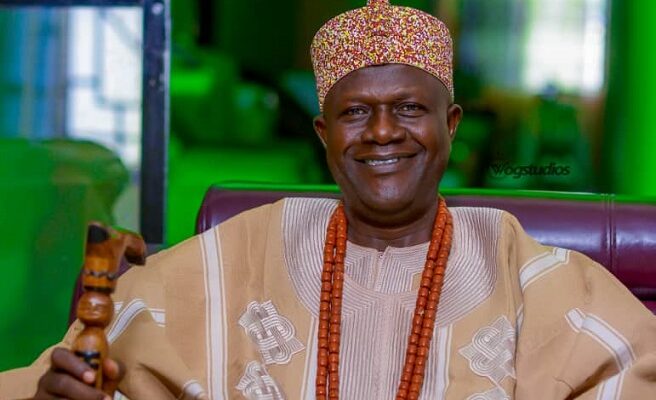 The senatorial candidate of Accord Party for Kogi West in the 2023 general elections, Bashorun MD Eseyin has congratulated and felicitated with the Olu Adde of Ekinrin-Adde, His Royal Highness, Oba Anthony Bamigbaiye on his delighted 60th birth anniversary.

In a statement issued on Wednesday, MD Eseyin described Oba Anthony Bamigbaiye as a role model to traditional institution.

He added that the monarch’s elevated engagement and informed intervention on issues endeared him to many people, particularly the youths.

Extolling the virtues of Oba Bamigbaiye, the senator hopeful further described the revered monarch as a strong advocate of peace and unity, adding that the traditional ruler has sustained his passion for the advancement of his domain, Okunland, Kogi State and Nigeria in general.

MD Eseyin admonished the Olu Adde of Ekinrin-Adde not to relent in his efforts to advance the cause of the people, stressing that traditional rulers play key roles in promoting unity and harmony across the country.

“It is my heartfelt prayer that as you celebrate another year today, Almighty God will continue to grant you wisdom and strength in all that you do. Amen,” he prayed.