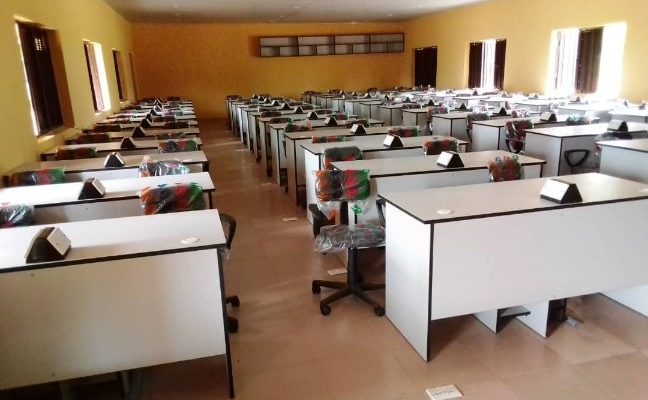 The hope that public schools can be reinvented to equate their lost glory has been rekindled, going by the revelation that a development network group, Ayetoro-Gbede Global Network (AGN), has spent a huge sum of 85million naira  to upgrade facilities at the community-founded Ayetoro-Gbede Community High School in Kogi State, Nigeria.

Presenting a valedictory address at the Annual General Meeting of the Association, Mr Ola Oyelola, the President of the Association, reported that about 24 million naira had also been expended on the acquisition and preliminary development of a site for a community hospital and other social infrastructures.

In essence, the 72- Member group, who are all indigenes of the community has over the last 3 years raised  and applied about N117 million naira to the construction and rehabilitation of education and health structures in the community.

The comprehensive turn around of the school covered the renovation of 19 class rooms, provision of 700 new chairs and tables, construction and reticulation of a motorised borehole, construction and furnishing  of a new laboratory complex for Biology, Chemistry, Physics and information technology. A 5KVA solar power was installed to power the laboratories while 8 solar security lights were provided around the premises of the school.

Other upgrades include a library, white board and about 2,000 books on various subjects donated by a United States based family, Mr and Mrs Akin-Adeyemi.

If the phenomenal intervention provided by the AGN is exceptional there still remains a lot on the plan, as the body targets the provision of 100 units of computer systems for the students. In addition about N5 million naira is projected annually for the remuneration of teachers in STEM subjects.

The annual meeting which held virtually recorded attendance by members of the Association mostly based in Nigeria and a few from the diaspora. At the apex of the Board of Trustees is Prof Olu Obaro a high profile medical expert based in the United Kingdom.

Beside the school upgrade, the AGN has also commenced work  on the acquisition and development of a community hospital expected to provide basic and secondary medical services to the residents of the community.

Although the intervention of the AGN is unprecedented in the community, its significance lay in the Association’s commitment to sustain the self- development philosophy of the founders of the community, and their successors, who have at various times pioneered the development of schools, postal agency,  heath facilities, civic centre, markets, access roads and water projects.

It is a little wonder then that before the online meeting ended a few members had already committed to providing a number of computer sets to equip the new computer laboratory. In Ayetoro-Gbede the spirit of self-help never sleeps.
With the impressive stride set by the Ayetoro-Gbede Global Network, a template for repositioning public schools through the intervention of non- state actors in Kogi State, and indeed Nigeria, might not only have been innovated, the Ayetoro-Gbede Community High School, which has become the model of such an effort might stand out as one of the best improved schools in its immediate and wider environment.