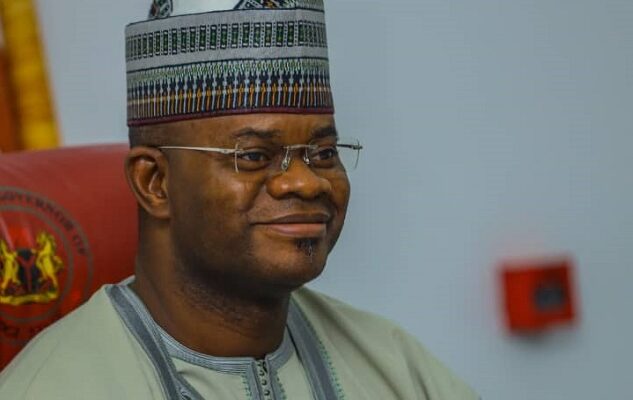 This follows a recommendation of the minimum wage committee in the state headed by the Secretary to the State government, Dr (Mrs) Arike Folashade Ayoade.

Hon. Adeyemi said the governor, despite the harsh economic realities of the moment and increasing demands of governance, has demonstrated his love, commitment and desire for a virile civil service.

He noted that the governor’s administrative sagacity is needed at the national stage now more than ever.

He added that under the leadership of Gov. Yahaya Bello at the national stage, the country will be in a safe hand.

Addressing newsmen in Abuja shortly after the approval of implementation of new minimum wage, Hon. Adeyemi urged the workers to reciprocate to this gesture by remaining committed to work in the interest of the state.

“What this clearly shows is that Kogi State is blessed with a responsible, responsive and an administratively dexterous leader.

“His Excellency Alhaji Yahaya Bello has continued to show sterling qualities of leadership and commitment to create welfare that has been unprecedented for civil servants and entire people of Kogi State.

“I’m confident that this decision will meet the civil servants well, promote their productivity and improve commitment to service delivery,” he said.

Earlier on Tuesday, the governor had in a meeting with President Muhammadu Buhari at Aso Rock villa discussed politics and governance.

In a chat with State House correspondents, the governor remarked that North Central which has not produced the country’s president since Independence is more deserving of the position than other parts of the country, including the South-East.

The governor who is believed to have the support of the youth population is aspiring to succeed President Mhammadu Buhari in 2023.

Recently, over 600 women groups from across the country converged in Abuja for a solidarity walk, urging Gov. Bello to join in the 2023 presidential race.

They said Kogi State is the number one state in the country where women representation in governance is visibly practiced.