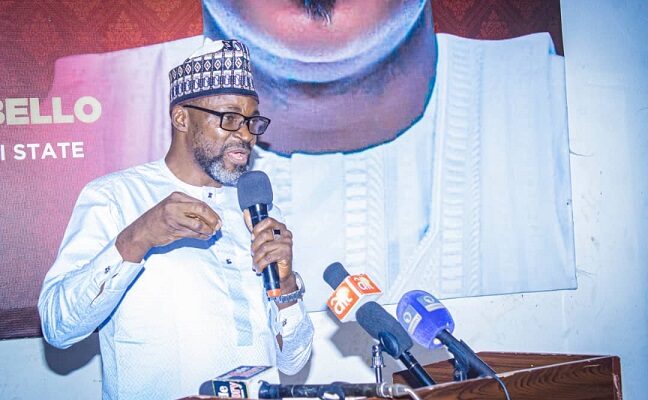 The Kogi State Government, on Thursday, cautioned private school owners against withholding vital information about their schools as the 2021/2022 – 2023 Annual School Census (ASC) exercise commenced in the state.

The state’s  Commissioner for Education, Science and Technology, Hon. Wemi Jones, gave the advice at the Sensitization Meeting organised for all Stakeholders on the 2021/2022 – 2023 ASC exercise, at Government House, Lokoja.

Jones appealed to private school owners operating in the state to open their doors for the school census officials to have access to accurate data in their schools, saying they should not be scared.

”There are several international grants that are available that can only be given to the state that has accurate data to work with.

”Therefore, I appeal that we take this exercise very serious not the one that someone will sit down in the corner of his room and conjure figures.

”Myself, the Permanent Secretary and officials of the ministry will be all out to monitor the ASC process from beginning to the end.

”I, therefore appeal that you give this annual school census all the seriousness that it deserves,” he said.

Jones stressed the need for the Education Secretaries and the Area Enumerator Evaluators (AEEs) to work with the ministry in case of any issue.

The commissioner emphasised that the Governor want to leave a legacy that would be sustainable for education development in the state.

According to him, the governor had repeatedly said in many fora, ”if we do not revamp education in Kogi, history will never forgive us”.

”In spite of the political activities in the country, Kogi has not relent on the job of revamping education in the state, which would continue until the last day of this government.

”Our focus is not just to be the best in education in the North central but also in the whole of the Northern States and Nigeria at large,” Jones said.

He commended the Governor for always approving every memo from education sector and making the necessary resources available.

In her remarks, the Secretary to Kogi State Government (SSG), Dr Folashade Ayoade, said without education there could not be any serious development.

She expressed her happiness that Kogi Government had put-in the right people who are well qualified in impacting knowledge to direct the affairs of the state’s education sector.

Ayoade urged the ministry and the stakeholders to take ASC exercise very serious, saying, ”when we have accurate data, it will enable us to plan well and appropriately.

”I urge you to be more committed, diligent and deidated to the exercise in order to get the desired results for the benefits of all,” she said.

Earlier, the Ministry’s Director of Planning Research and Statistics (PRS), Dr. Mrs Elizabeth Animoku, said no educational system could move forward without accurate and effective data for planing and research.

According to her, the purpose of the ASC was to generate accurate and reliable school data that could be used for effective planning, access grants, and useful feedback to government.

She stressed that this year’s ASC was not going to be business as usual as tablets would be deployed for digitised data collection, capturing and reporting.

Dr Animoku urged the stakeholders to sensitise the people at the local level towards the success of the exercise.

”We want to know the number of children that are in and out of schools, number of boys and girls, teachers, in both public and private schools in the state,” she said.

In their goodwill messages, the stakeholders assured the government of their total support so as to ensure the success of the exercise.