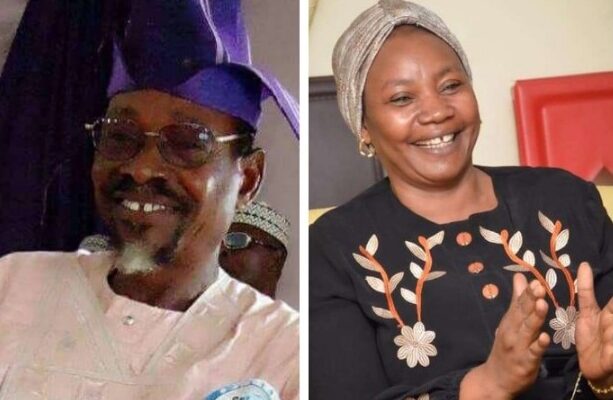 Without dwelling much on his early life, Late Alh. Aliyu Sumaila Onumoko became a household name between 1996-1998 when he was the chairmanship candidate of the National Centre Party of Nigeria (NCPN) in the local government election.

Not too long after the election, the people of Okengwe district further unearthed the potentials of the man, Alh. Aliyu Onumoko. The people wasted no time as they placed the oldest community association, Okengwe Development Association, under his watch and direction.

Late Alh. Sumaila Aliyu Onumoko reciprocated the gesture as he displayed high level of wisdom, truthfulness, justice and fairness to the admiration of the people. During his reign, Okengwe district witnessed peace and progress.

Sadly, Alh. Aliyu Onumoko died on 14th February, 2014 after a brief illness (May have mercy on him). But until his death, his was simply a fearless elder statesman.

A good man that begot children of impeccable characters, late Alh. Aliyu Onumoko transferred those wonderful traits of truthfulness, competency, intelligence and commitment to a worthy course down to his children.

Mrs Habibat Tijjani Onumoko, the current treasurer of Okene local government is direct replica of her father. She has sustained the good legacies of Elder Aliyu Onumoko in all ramifications.

Mrs Habibat Onumoko though a career civil servant, a woman of virtual no doubt has over the years meticulously exhibit competency, intelligence, commitment to duty and even gloriously advanced the accounting profession.

Just like her father, Mrs Habibat Tijjani Onumoko is a fearless woman, very accommodative, competent and courageous in the discharge of her duties. These unique attributes of a career civil servant recently earned her a reward as she was appointed to head the 21 local governments audit and re-documentation committee by Gov. Yahaya Bello.

Even with lean resources at her disposal, Mrs Habibat has been giving back to the society. She empowered the widows, care for the orphans and people with disabilities and of course engage in community development services.

A member of Association of National Accountant of Nigeria (ANAN), Mrs Habibat Tijjani Onumoko is a proud daughter of Okengwe Kingdom.