Senator Ahmed Ogembe representing Kogi Central senatorial districts on Friday lauded his distinguished colleagues for approving the sum of one billion dollars for the take off of Ajaoukuta steel company describing their gesture as not only commendable but a show of patriotism.

Ogembe who spoke to reporters in Abuja also urged the executives to do their part in ensuring that the long abandoned steel complex is revived to meet the yearnings of the people and the industrial development of Nigeria without further delay.

Senator Ogembe who couldn’t hide his joy was beaming from ear to ear while addressing journalists in his office at the National Assembly.

He said “over the years, I have worked  tirelessly alongside  good spirited individuals, to see that the bills regarding the revival of our Steel industry is given a nod and passed. Today, I am most grateful to Almighty Allah for its realization, as we are now a step closer to revival of Ajaokuta Steel Company. I won’t forget to thank my colleagues  who have shown commitment towards this bill and supported the passage”.

Senator Ogembe further stressed that more work needs to be done to make sure the funds are released and that the executive arm give a nod in assent to this passage.

The Senator who is seeking a return to the Red chambers in the upcoming general elections, stated that his achievements  are unequalled and his plans for the good people of Kogi Central Senatorial District dwarfs his opponents.

He insisted that it’s high time the people of his district had a ranking senator  in the chambers in order to enjoy the benefits that comes with the office.

While thanking his constituents for their support, he also appealed to them to continue in their support and not be intimidated by the opposition, as he will continue to represent their good when given the second term in the Senate.

In a related development, a social political group, Ebira youth movement for the revival of Ajaokuta has expressed appreciation to Senator Ahmed Ogembe for championing the struggle to revive Ajaokuta Steel Complex.

The group through their spokesperson, Dauda Onimisi said the revival of the steel complex will be a dream come through. They promised to mobilize the people of Kogi Central for the re-election of Senator Ogembe to consolidate on the good work he has been doing. 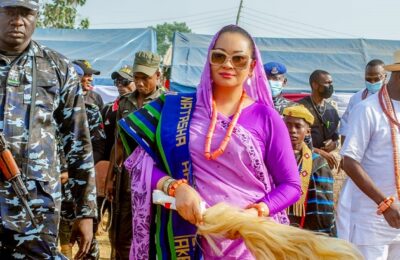 PDP Screening: What Were the Precepts?