In a letter personally signed by Alfa, the former service chief stated that Aidoko cannot contest the coming election as the Independent National Electoral Commission (INEC) will soon remove his name from its list of candidates.

He warned that anyone who votes for Aidoko is throwing away his or her votes.

Message to People of Kogi East

My good people of Kogi East, I want to thank you for all your support for the last three and half years over my case with Senator Aidoko which finally ended with victory for me at the Supreme Court on 23rd January, 2019. With this victory, Kogi East can now go ahead and elect credible people to represent them.

The High Court judgment which Aidoko challenged at the Court of Appeal and the Supreme Court and lost, indicted Aidoko and the PDP for presenting a ROGUE and FALSE document to INEC, an offence that disqualifies Aidoko for life. Therefore, with the latest judgments, Aidoko cannot contest the coming election and INEC will soon remove his name.

Anyone who votes for Aidoko is throwing away his of her vote. If Aidoko continues to impersonate and takes part in the election, he is exposing himself to jail.

May God guide you to vote this time for our best candidate for the senate.

Previous PostBuhari, Bello Not The Cause of Our Problem, Group Takes On Kogi East Elders Next PostGolden Eaglets: Two Players From Natasha Football Tournament Resume Camp 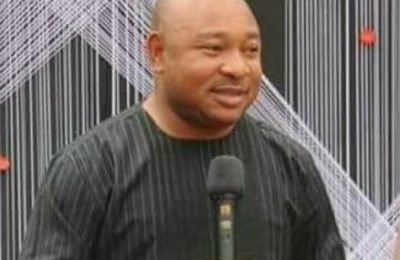