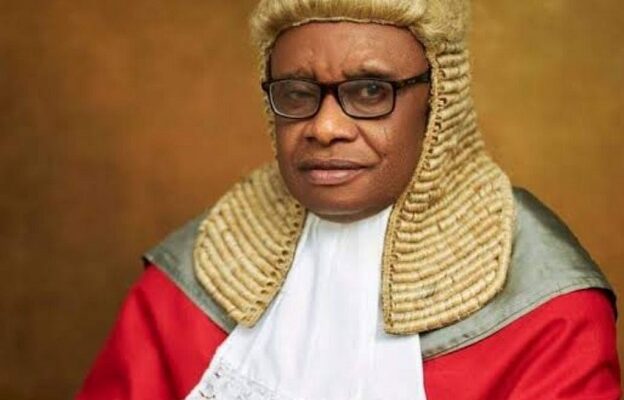 Magistrates and Area Court Judges in Kogi State have been charged to expedite action on criminal case pending before them with seven working days.

State Acting Chief Judge, Justice Josiah Joe Majebi gave the directive at the Ankpa Custodial Centre as part of his visit to decongest Correctional Centers across the state.

Justice Majebi decried the undue delay of criminal matters pending before the lower courts and warned that henceforth such development would attract punitive measures.

He commended the officer in charge of Ankpa Custodial Centre and his team for taking proper care of the facility and the inmates promising to assist in some of the challenge presented by the officer.

Earlier, the officer in charge had called for the need for reintegration of ex convict into the society in view of the genuine reformation of most of them.

At Dekina Custodial Centre, the Acting CJ directed that query be given to the Judge and members of the Upper Area Court One Dekina for absenteeism without permission non conformity with judicial procedure of the case of one Aminu Shehu pending before the court.

Justice Majebi said in view of the development, the State Judiciary will revisit the quality of people to be appointed as Judges as those that lack the capacity would be removed.

On the case of the only female inmate at Dekina Custodial Centre, Aysa Abok standing trial for breach of trust, the Acting CJ directed that judgement be delivered without further delay in view of her state of health.

Earlier, the officer in charge of Dekina Custodial Centre, Olumuyiwa Omole appealed for CJ’s intervention in the usurping of duties of Correctional Service by the Police in connivance with the courts which was given immediate clarity by Chief Judge.

At a meeting for judiciary staff presided over by the Acting CJ, he assured them of implementation of minimum wage for judicial officers under the High Court jurisdiction as soon as possible stressing the need to avoid corrupt practices and be dedicated to their official duties.

Highlights of the visits was presentation of financial assistance to bother Custodial Centres by the CJ for upkeep of inmates.