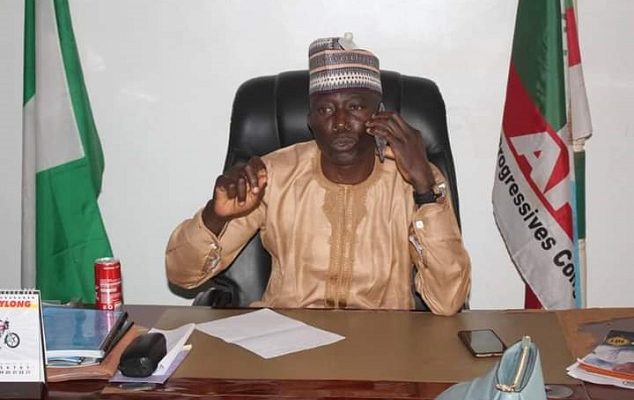 The political analysts, academia, traders and social activists on their part have objectively analysed his administration thus far, and are grateful for all the efforts he has put into making Ankpa LGA great again.

Ankpa the ancient local government area in Kogi State has in the past few years been faced with several security challenges ranging from communal crisis, kidnapping, banditry and cultism activities, amongst others.

These aforementioned challenges often brought the council to the forefront of national discourse on a daily basis. After the abduction of the paramount traditional ruler, Alhaji Usman Shaibu (acting Ejeh of Ankpa) who also doubles as the DLG of the council and four other prominent personalities, it became unbearable and needed urgent response to salvage the council from these opportunistic fellows.

Upon his assumption of office, the executive chairman made it clear that his administration, inline with Governor Yahaya Bello’s security conscious policies, will consolidate on the fight against the major security challenges ravaging the land. He also vowed to focus on infrastructural development as well as education, health care, agriculture and youth development in order to reduce unemployment in the LGA.

Despite the economic challenges facing the country and the world due to the Covid-19 pandemic, Hon. Ibrahim has kept to his promises making the protection of lives and properties of residents of Ankpa its environs an utmost priority for his administration. In collaboration with the state government, traditional rulers, security agencies and other stakeholders, the administration through systematic strategies adopted during a security interactive session held to review the major causes of the security challenges facing the people continues to yield many positive results in the fight against insecurity within the council, to the glory of God.

He has also donated  of two sewing machine to Ankpa Correctional center in addition to empower the inmates.

It is obvious that good governance cannot thrive in a community where there is no unity and peace. Part of his responsibilities, Ibrahim Abagwu has enhance peace and tranquility in most of the communities under his care.
Abagwu has waded into several communal conflicts and land dispute in order to avert violence between communities. Farmers and Fulani herdsmen conflicts, individuals land disputes, organisations and even corporate bodies have all yielded positive results. Notably amongst such resolutions includes:

As part of Hon. Ibrahim Abagwu administration’s quest to harmonize the Internally Generated Revenue (IGR) of the council and utilizing it for the development of the council, upon assumption of office, the council chairman laid emphasis on his commitment to ensure financial probity, transparency and prudence in the revenue generation. He met with the Union of the Registered Miners Associations, Zuma Mining group CEO, Traders Association, Timber Contractors Association amongst others and reached an agreement seeking their cooperation to enhance the economy of the council while Assuring them of a strong synergy with the security agencies and his administration’s commitment towards curtailing the menace of insecurity in order to make Ankpa an industrial hub for economic activities to thrive.

These bills were presented as a matter of urgency and public importance.

In a bid to enhance learning and upgrade the standard of schools, the success of the Proposed National Open University study centre and improve the standard of academics with the council, Hon. Ibrahim’s administration has allocated a temporary site to the National Open University and also carried out further actions geared at improving the academic standard within the council.

As an experienced administrator per excellence, and a true son of the soil who knows the challenges facing the area, he has made effort to ease movements of Agricultural produce, people and motorists within the rural areas to urban areas to boost the economy of the council. He rehabilitated the council long abandoned earth moving Machineries and put them to use in grading of deplorable roads across the 13 wards and commenced grading work on the ongoing Ankpa Olubojo/Enekpoli road.

His administration has also supported farmers across the 13 wards with the distribution of farm tools sponsored by Senator representing Kogi East Senatorial District, Hon. Jibrin Isah Echocho; an initiative aimed at easing farming activities in the area.

Assessment and approval of fund for hectares of land for the proposed extension of Ankpa General cemetery.

Approval of hectares of land for the proposed designated park of Ankpa tipper riders Association.

As a responsible government that believes health is wealth; his administration within these 100days in office, as a matter of urgent necessity, has proposed the upgrading of the capacities of health centers across the council by providing essential drugs and equipment to provide the needed health services to the people across the 13 wards. He continues to look into the welfare of healthcare providers to enhance healthcare delivery.

Hon. Ibrahim is set to rehabilitate at least one functional Primary Health Care Centre in each of the 13 wards of the council to ease the burden of sick patients travelling long distances to access healthcare services.

He also set up committee on environmental sanitation to monitor traders and shop owners on a weekly sanitation programme and cautioned traders hanging around roadside to market their goods at Otukpo road, Ankpa township market to return to their designated shops. Hon. Ibrahim also urged them to endeavor to keep a cleaner environment.

Citizens of Ankpa who are objective and grateful will gladly attest to the fact that Hon. Abagwu is a goal getter who has performed credibly well beyond reasonable doubt and still remains the most performing executive Chairman in Kogi State with remarkable projects cutting across all sectors.