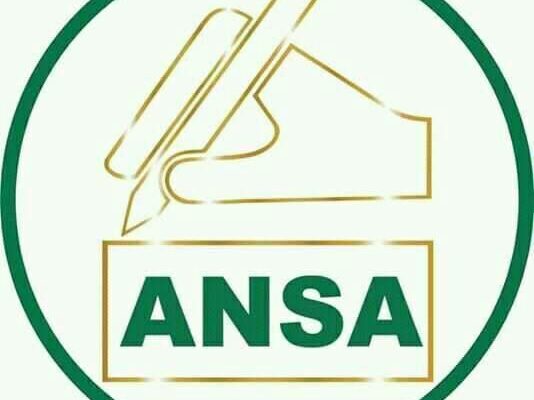 A total of 32 contestants have made the final shortlist for this year’s World Cup competition of the Association of Nigerian Student Authors (2021 ANSA World Cup).

A statement signed by Israel Onoruoiza, the ANSA Secretary, and made available to journalists in Lokoja, described ANSA world cup “as a unique literary annual competition for young aspiring writers from local, national and international.”

He said that the tournament which would kick start on Friday, November 5, 2021, would last for about two months.
According to Onoruoiza, the group stage of the round-ribbon literary tournament will commence tomorrow Nov. 5, while the final would take place on Dec. 24, 2021.

“All events shall be held online due to travel restrictions in some countries. The competition will culminate in a spectacular awards ceremony scheduled for Friday, December 31st, 2021.

“The rave-making, revolutionary international literary contest takes the format of the FIFA World Cup, hence its name. It is the first of its kind in the world; a purely innovative concept,” he said.

He stressed that the ANSA World Cup offered a ray of hope to young aspiring writers in a fast-changing world.

“It is intended to inspire young writers and promote the spirit of healthy academic rivalry among them, to encourage young writers to pick up their pens and start writing again.

“To help young writers discover the fun in writing, to encourage young writers to come out of their shells and tell the world their stories,” he said.

He explained that the contest idea was originally conceived to celebrate the birthday of ANSA’s founder and multiple award-winning Nigerian author, Dr. Kennedy Obohwemu.

He added: ”Writers are pitted against one another in a head-to-head multi-stage literary combat.

”They are made to produce original and creative pieces of literature (poetry, prose, play, etc) on diverse genres within a limited time.”

He noted that the 2021 ANSA world cup would feature last year’s winner, Maymunah Kadiri, and a host of other budding writers from Africa and other parts of the globe.

According to him, the prizes to be won are: N100,000 in cash prizes, Publicity packages for winning authors, Link to publishing deals, 10 copies of Salamatu Sule’s latest poetry collection, Orchestra of Her Last Rites;

”Members of the judging panel would include notable writers like Odoh Diego Okenyodo, Salamatu Sule, Funmi Ilori, Awele Ilusanmi and the man himself, Dr. Kennedy O. Obohwemu, among others.

”With the ANSA world cup, the entire cosmos can look forward to a spectacular celebration of the genius that today’s young writers have to offer,” he said.

“ANSA is dedicated to instilling the culture of reading and writing among children, teenagers and younger adults.

“It provides the platform for this vulnerable population to contribute their quota to the promotion of Africa’s rich literary enterprise.”