Home News 2023: Yakubu Murtala Ajaka Can Give Us the Kogi State We Seek 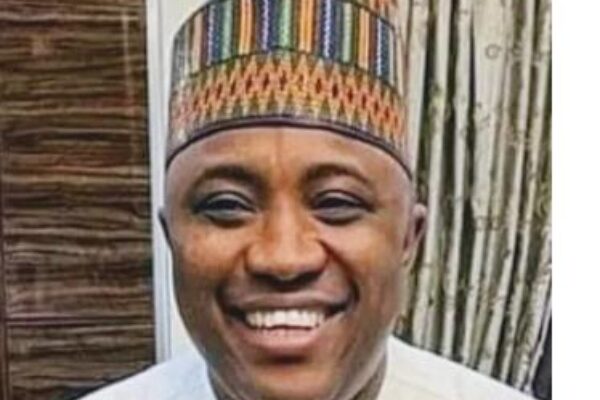 2023: Yakubu Murtala Ajaka Can Give Us the Kogi State We Seek

Yakubu Murtala Ajaka is a household name in Kogi state. He has demonstrated a great work ethic, confidence, and ‘can-do spirit.’

When the global pandemic hit us all like the recent catastrophic floods that cause mass displacement and humanitarian crises, many families had to leave quickly before the water got too high to wade through. From one day to another, villages became separated from each other – with many communities finding themselves marooned on ‘islands’ and cut off from services. Murtala Ajaka showed more courage than most of the political class. He opened his door to the ravaging communities. His ears and eyes were totally with the people.

In his own words; “the people first, the humanitarian response needs to be scaled up urgently”, this is to ensure people who remain in extremely precarious conditions have access to essentials, including food, healthcare, and shelter.

As the flood continues, Koton Karfe, the headquarters of Kogi Local Government was hit – followed by Ajaokuta, Ibaji, Lokoja, Idah, Ofu, Omala, Bassa, and Igalamela. Murtala Ajaka in his usual way said he was personally touched by the plight of the victims, and described the flood disaster as unprecedented. He didn’t just make empty promises, he hurriedly set aside over 70 Million Naira to be distributed across the affected local government areas.

As the 2023 election draws near, Murtala Ajaka has become a team player and supported all his party’s candidates. He has openly shown support for all the candidates of APC, to win the forthcoming elections from Senatorial to House of Representatives down to Assembly members.

Murtala Ajaka took delivery of 42 branded APC cars to ease the campaign movement of the APC. This shows that the quest of rescuing and repositioning Kogi state for greatness is a collective project.

Murtala Ajaka has the vision and passion to rejig the affair of Kogi state. What you saw him doing is what he shall do – and do more for the people.

Murtala Ajaka is a man with an open heart and a cheerful giver. That is the person who wins the heart of the people. Some aspirants start to give when the election is around the corner, thereby playing to the gallery just to score cheap political points. Society never forgets those who give back to it. Thus, the All Progressives Congress APC must go for a candidate who, aside from politics, has employed his resources to better the lives of the masses.

Yakubu Ajaka is the MAN to HIRE after a successful 8 years of Alhaji Yahaya Adoza Bello. We can’t desire a better KOGI state and not talk about Yakubu Ajaka. Murtala Ajaka has good reasons to succeed Governor Alhaji Yahaya Bello.

Yakubu Ajaka is the next big thing coming out of Kogi state, a humble young man with character and the face of the new Kogi that we all are clamoring for. Ajaka has the experience, the qualifications, the will, the mental and physical strength, the vision, and the charisma.

The 2023 Gubernatorial election is based on numbers – only a popular candidate can win Kogi for APC. If we don’t get a candidate who understands the plight of ordinary Kogites – we will remain stagnant.

That is why I am saying when Murtala Ajaka gets there – he will do more and Kogites will have reason to rejoice and they would find out that a true Kogites has become their Governor.

Ajaka understands the rudiments of getting things done at different levels. If you want to build a house, you start with the foundation to roofing and all of that. Murtala Ajaka has served the community over the years, now is the time to serve humanity.

What spurred Alhaji Murtala Ajaka more into the race come 2023 is to help humanity as a result of what God has done for him.

Almighty has given him good health, sound education, a good family, and enough resources that nobody can put a value on. Above everything that God has done, this government of APC has opened the way for him to see endless opportunities and he wants to use these opportunities now to invest in humanity and give back to society.

As Yahaya Adoza Bello search for a successor come November 11, 2023, so many factors must be put into consideration. These include the aspirants’ political antecedents, pedigree, philanthropic efforts, and previous contributions to the development of the state and the party, the APC.

Murtala Ajaka is for the people. The only form of government that flourishes is that which flows from the people. Any society where leadership is installed by means other than the people is on its way to failure.

I am confident with INEC’s BVAS if strictly adhered to – with Murtala Ajaka on the ballot for the Kogi Governorship election come 2023, Ajaka stands unbeatable. Kogi APC will have no trouble coasting home to victory before midday on election day.

We should all stand and support Murtala Ajaka who has all the credentials. It is only a candidate with such credentials will win the election properly. Murtala Ajaka is the person who fits into this.

We must not make the mistake of selling to the people an unpopular figure. A candidate that is not known in all the senatorial zones will do more harm than good to the party’s prospects. The APC must also look for a candidate with great antecedents. We need a candidate with good character. Murtala Ajaka, for instance, eats, dines, and wines with the downtrodden, the less privileged, and the high and mighty in society. Many people attest to this.

I have followed the activities of Murtala Ajaka toward the less privileged and they are edifying. He has quietly assisted many in life-threatening cases of health challenges. At a point when he received a message that the transformer powering communities in some local government in Kogi state has packed up. He took time to personally assess the situation – and urgently replaced them. He has built houses for the poor. He identifies with the poor and the lowly. He has not excluded the rich; his friendship cuts across the poor and rich. He has identified with the governments, states, and federal. He is a good man in all senses of definition.

Therefore, the APC should listen to such personalities in making a choice. The APC must present a candidate who has, over time, consistently proved himself to genuinely have the best of intentions for the state. There are so many commendations from our Royal fathers on this man, called Yakubu Murtala Ajaka, the national publicity secretary of APC.

What is this talk about zoning? My next article will be centered on zoning.

– Adams Yusuf writes from Abuja and could be reached at Yusufadamsapp@gmail.

Spread the love
Tweet
Previous PostHow We Tackled Strange Beliefs, Misinformation to Scale Up Uptake of COVID-19 Vaccines in Kogi - CPI Next PostKogi/EFCC Face-off: Agbakoba Insist on Rule of Law, Heads to Court