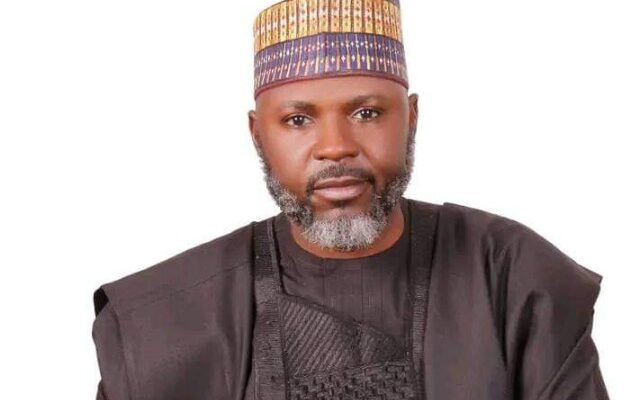 House of Representatives candidate of New Nigeria Peoples Party (NNPP) for Ofu/Idah/Igalamela-Odolu and Ibaji federal constituency, Egbunu Yusuf Amanabo has called for massive support for all candidates of the party.

Amanabo made the call on Thursday when he took his campaign to Ibaji local government of Kogi state.

He pledged to give development of Ibaji topmost attention, with a promise to bring development and progress to the area.

“I know the problems of Ibaji where I was born and bred. Flooding and lack of access roads.

“Our population is spreading fast and we need to plan how to reduce the effects of flooding and other environmental problems in Ibaji Local Government Area.

“We have to plan for education,  social development, security and employment,” he said.

Amanabo called on the people of the constituency to come out en masse and vote NNPP candidates from President to House of Assembly.

He said Senator Rabiu Musa Kwankwaso, the presidential candidate of NNPP, would rebuild the country and restore it to the path of growth and development.

The NNPP campaign train was also received by the Ibaji Okada riders, market women associations. They pledged their support for the  NNPP and Amanabo.

Amanabo and other members of NNPP campaign committee attended the annual Ibaji Traditional Council meeting at the palace of Dr John Egwemi Agagu to seek his royal blessings.

The monarch hailed Amanabo’s past records in Ibaji local government area and prayed for him and his entourage that the ancestors of the land would guide and protect him and guarantee his victory in the forthcoming election.

Amanabo thanked the royal fathers for what he called the warm reception accorded him and his entourage.

He promised the traditional rulers in council, that if elected, he will attract development to Ibaji, the land of his birth.

Among those in the campaign train were the  Women Leader Hajiya Maryam Yakubu Akpidi, the local government campaign coordinators and other executives  in the constituency.