Home News 2023 Presidency: I Have All It Takes to Wrestle Power From APC – Wike Assures Kogi Delegates 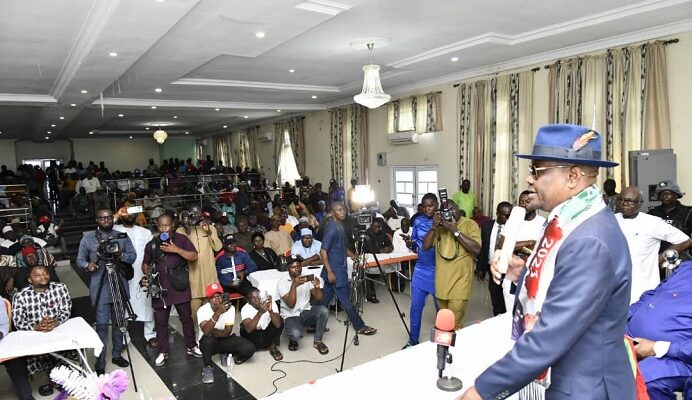 2023 Presidency: I Have All It Takes to Wrestle Power From APC – Wike Assures Kogi Delegates

Presidential aspirant under the platform of the Peoples Democratic Party (PDP), Governor Nyesom Wike has given assurance that the party will take over the leadership of the country in 2023 general elections.

Wike gave the assurance on Wednesday when he met with leaders and delegates of the PDP in Lokoja, the capital city of Kogi State.

The Rivers State Governor said he is a man that has the capacity to face the opposition parties and win the 2023 election.

He urged members of PDP to work together as indivisible entity to achieve the feat for Nigerians.

According to him, he joined the race to in order to pick the ticket and eventually win the presidential election to salvage the nation from its present precarious situations where insecurity, economic doldrums and suffering has become the order of the day.

He noted that the country today need a capable hand with political will to take over the leadership of the country, saying he had what it take to transform to win the the general election if given the ticket of the party.

The Governor who cautioned the delegates against giving the ticket of the party to aspirant that will run away to another political party , said since 1998 he has been with PDP and has no reasons to defect to another party, noting that he is a man that has the capacity to face the opposition parties and win the 2023 election.

“The party must be careful not to give ticket to people that will at the heat of election run away to another party. I am the one man who can face the the ruling party and win election no matter their antics,” he said.

Earlier in his remarks, former Governor of Kogi State, Ibrahim Idris commended Governor Wike for his patience, perseverance and effort that has unified the party, noting that his records in projects execution is unrivalled in the country.

He stated that Kogi Chapter of PDP have resolved to support him during the presidential primaries of the party, assuring him of one per cent support to pick the picket of the party.

Speaking at the event, another former Governor of the state, Captain Idris Wada described Governor Wike as a man of the people who has the capacity, strength and the political will to move the country forward if given the mandate. 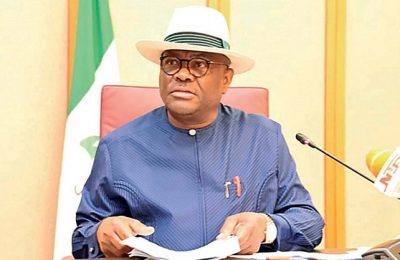