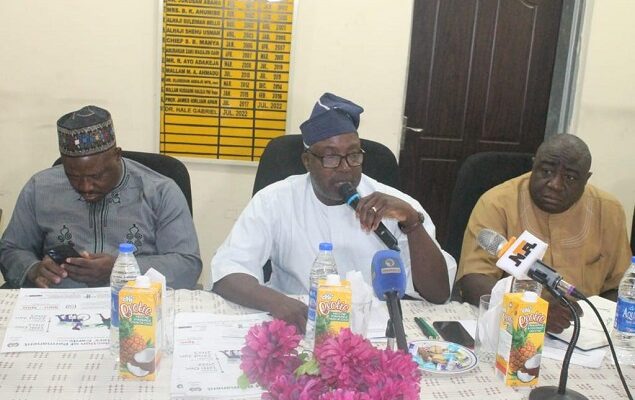 In a meeting with the media and civil society organizations in the state on INEC’s preparations, low-level of PVC collection and potential threats to electoral violence in the state, Dr Longpet said in one particular Local Government area in the state, the posters of a particular candidate were torn overnight saying such ‘lawless’ act by rival political parties in the state could trigger violence prior to elections as “peaceful elections border on the conduct of political actors” in the state.

Dr Longpet said INEC in the state will identify the political parties, candidates and their supporters who break the electoral law for police prosecution to serve as deterrent to others as acts of violence during electioneering campaigns could lead to voter apathy.

“A level playing ground must be created for all parties and candidates with equal air space in the state-owned media. INEC will not allow unhealthy manner of campaigns in the runoff to the elections to discredit the process. Hence, all electoral offenders would be prosecuted in accordance with the provisions of the electoral act,” he said.

He warned that sections 91 -97 of the electoral act strictly forbid the use of thugs to disrupt rallies, campaigns in places of worship, among other offences as criminal acts under the electoral law.

On the PVC collection rate so far, Dr Longpet said out of about 52,000 uncollected PVCs in 2019, only a fraction of the figure has been collected by the registrants while a large amount of PVCs still remain with INEC in spite of the intensified efforts by the Commission, which still calls on the people who had registered for the PVCs to come forward to INEC offices and registration areas for immediate collection of the unclaimed permanent voters cards (PVCs).

The REC cited a particular local government area in the state where only 8 persons out of 35,000 PVCs registrants have collected the PVCs, adding that collection of PVCs, which had begun since November 12 continues till 2 January, 2013.

He called on the people of the state particularly critical stakeholders such as the media and civil society in the state to be in the vanguard of creating public awareness on the on-going collection of the permanent voters cards, which the electoral Commissioner described as an important step to an all-inclusive and credible elections in Nigeria.