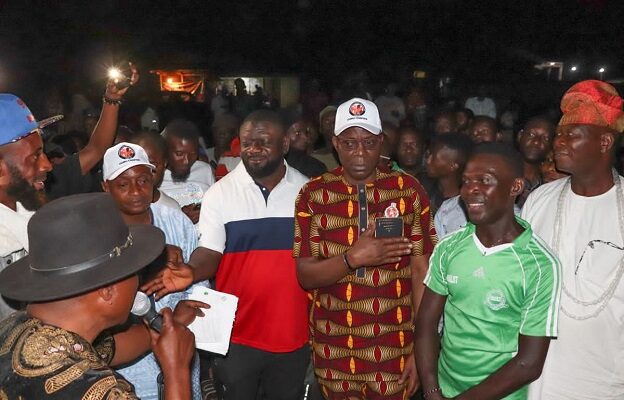 The Candidate of the ruling All Progressive Congress for Kabba/Bunu/Ijumu Federal Constituency in the forthcoming general elections scheduled to hold in February next year and current Speaker of the Kogi State House of Assembly, Rt. Hon. Matthew Kolawole has promised to use sports as one of his priorities to drive the youth development in the Constituency when elected.

He disclosed this at Okoro-Gbede during the final of the Abraham Osaseyi Foundation Table Tennis competition organized and sponsored by Hon. Richard Osaseyi.

Mr Kolawole said sports is one of the major sectors that can accommodate as many youths as possible, in as much a conducive environment is provided for them to discover their talents and develop it to full realization.

He commended Richard Osaseyi for his bold step in providing the platform for young men and women to develop their talents in table tennis, stressing that it is through sports that made him what he is today.

He said he made his debut as a Lawn Tennis player which made him represent his local government, State and Federal government of Nigeria at different competitions and he won medals at different times, urging the youths to support and vote for the APC as that will guarantee more opportunities for them.