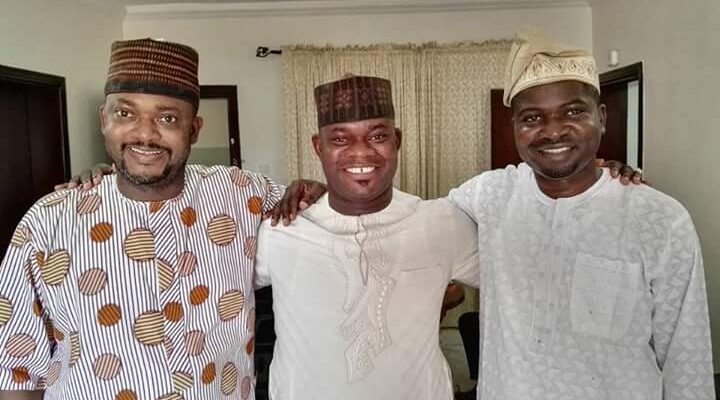 It started like a joke last week when the Kogi House of Assembly Speaker, Kolawole Matthew said he prayed another Ebira man succeed Gov. Yahaya Adoza Bello as Governor of the state in 2024.

Though the Speaker’s media aides made spirited efforts to deny the statement and passed it on as a joke, the real picture is getting clearer by the day.

Just yesterday, I read a report suggesting that a Kogi West group are clamouring for the retention of governorship position in Kogi Central, same zone where incumbent hail from.

All these are not mere happenstances as rumours have been rife that the ethnic tink-tank in Bello’s government are tinkering with the idea of imposing an Ebira as next governor of the state. In fact, it was gathered that the state accountant general and the governor’s chief of staff, both Ebira from Kogi Central, are in pole position to succeed Bello.

This, they argued, will ‘level scores’ with Igala who had enjoyed 16 years as governor of the state.

As much as I believe every indigene of Kogi state, regardless of ethnic or religious affiliation, have a right to aspire for the governorship seat, the current ’16-16 level score’ agitation is a recipe for crisis.

It is important we make this long before the contest begin that the much touted EBIGO Agenda is the greatest achievement of the current administration. In a state that was consistently drawn back by ethnicity and nepotism, Gov. Yahaya Bello etched his name in gold by breaking age-long barriers. He went further to initiate young minds into this beautiful concept so that the EBIGO Agenda can stand the test of time.

EBIGO is an acronym for Ebira, Igala and Okun tribes in the state. By simple defination, Ebiras are currently haralding the new dawn in Kogi state and the baton should automatically shift to Igalas who will, in good faith, ensure Okuns have their fair share as well.

The current subtle move to rechristen EBIGO to EB-EBIGO (Ebira-Ebira-Igala-Okun) is an act of political terrorism, treachery and it will definitely take the state back to old ways of playing politics.

If APC picks Bello’s successor from the central axis, only a bastard in Igala land will cast a single vote for the party in 2023. I doubt if that decision will enjoy tangible support from the West that has never produced a governor in the state. With that choice, APC will have no other choice but resort to unprecedented violence and forcefully coerce chieftains from East and West to work for the party against their wishes. That is a pure act of political terrorism!

I admonish Governor Bello to look within his cabinet and throw his weight behind someone from either East or West senatorial district as his successor. Anything short of this will not augur well for the ruling party as it will have to battle with predictable implosion.

Taking a cue from the crisis of confidence that is currently rocking the two dominant parties in Nigeria, All Progressives Congress and People’s Democratic Party at the national level, it is wise to avoid similar scenario in Kogi state. While northern Christians are fighting against APC’s Muslim-Muslim presidential ticket, the north-south dichotomy is threatening to tear PDP apart. No tribe in Nigeria, whether big or small, will remain silent in the face of marginalization and glaring injustice.