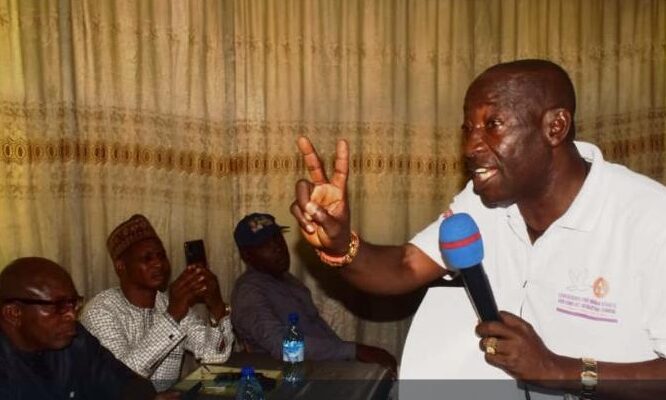 Executive Director of CHRCR, Comrade Idris Miliki Abdul, made the call during a one-day review meeting with political parties on prioritizing anti-corruption and accountability issues towards the 2023 elections at state level in Lokoja on Wednesday.

The meeting had in attendance INEC recognized political parties, and media practitioners.

Miliki asserted that there is need for a change in strategy by INEC for PVC collection as the current strategy is not producing the right responses from citizens.

In agreement with CHRCR, stakeholders at the meeting urged political parties to effectively engage in mobilization of citizens for collection of PVC as they are the primary beneficiary of the electoral process.

They added that INEC has been unimpressive in mobilizing citizens on the collection of PVC, noting that the electoral commission has taken no deliberate step with media engagement like radio programmes, jingles or distribution of IEC.

They called on all stakeholders to aggressively improve sensitization and mobilization for citizens to collect their PVC before the end of the process as announced by INEC.

They noted that political parties and their candidates are not enlightening their followers enough during their campaigns through distribution of manifestos.

The stakeholders decried outrageous charges on billboard placement by the new Kogi State Signage Law, insisting that it has not helped in promoting active participation and election information dissemination and campaign activities.

They unanimously agreed that the outrageous advert fees in the state must be addressed to ensure a level playing field for all political parties and their candidates.

They also called on the state government to protect the advert materials during electioneering campaigns.

They decried the increasing attacks, destruction and damage to INEC facilities across the nation, adding that it is raising tension and concern making citizens apprehensive about the elections.

Stakeholders said the general insecurity environment proceeding the elections has become a cause of worry that could lead to voter apathy at the polls.

The 1-day meeting was organized in continuation of the engagement on prioritizing anti-corruption and accountability issues towards the 2023 general elections at state level in Kogi State with recognized political parties.