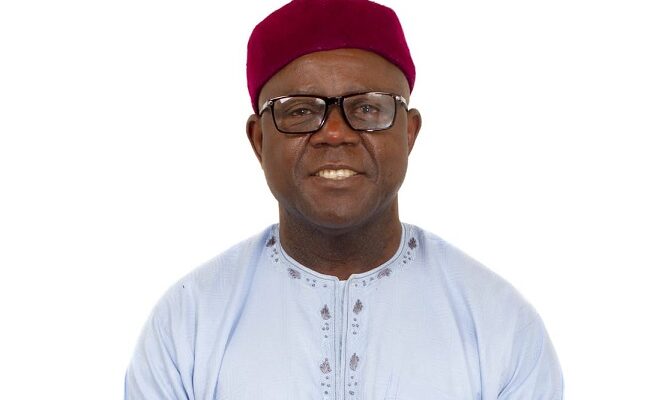 2023 Gov’ship: Dr Sam Agada Omale: the Only Option for a Prosperous Kogi State

The economy of Kogi State is congested, people are dependent on political appointments and power for survival. Area boys, sycophants and territorial commanders are hanging at government quarters as a way of empowerment, creating nuisance and becoming a threat to peace.

Laziness is exalted and touting is given a badge of approval. Thuggery is at its highest ebb, political opponents are burnt alive, others are maimed, billboards and posters are torn down. This is because politics has been made a business.

But this will never be given a place in the administration of Dr Sam Agada Omale as Governor of Kogi state.

Under his watch, such people of easy virtue being used to perpetuate such dastardly acts will be made to become self-reliant through engagement in different endeavours for survival.

Dr Sam Agada Omale will significantly decongest the load on the system (government). Some will be in farms, construction sites, schools, ministries, industries, while some are empowered to start up businesses. Through this, so much pressure will be lifted from the system and government will run smoothly.

Dr Omale understands the essentiality of such management decision and has further proposed to expand the scope of the survival strength of the people by ensuring that he creates the enabling environment for people to be engaged in businesses that will spring out of a boosted tourism sector, creativity will be harnessed and food will be sufficient to the people through an Agricultural Revolution.

Himself being financial and economics savvy and proponent of ‘The Street Economics’, he is passionate at taking development to the rural areas. Through the system of backward integration, villages will be transformed through provision of social amenities and government’s presence will be greatly felt at the rural settlements.

These are some of the dots that Sam Omale seeks to connect with your votes.

While other politicians are planning to take the load back to Government House, so that people can depend on them for survival, looting their patrimony and giving them stipends, Sam Omale is planning to further decongest the system and push them into villages, farms, and industries that will be established by his administration.

November 2023 will be a deciding moment for Kogi state, a choice you will make for the next generation, whether to vote a progressive thinker, economics and financial advisor into power, or any other who are of the old thieving and looting stock, blinded by feelings of entitlement. The choice is yours.