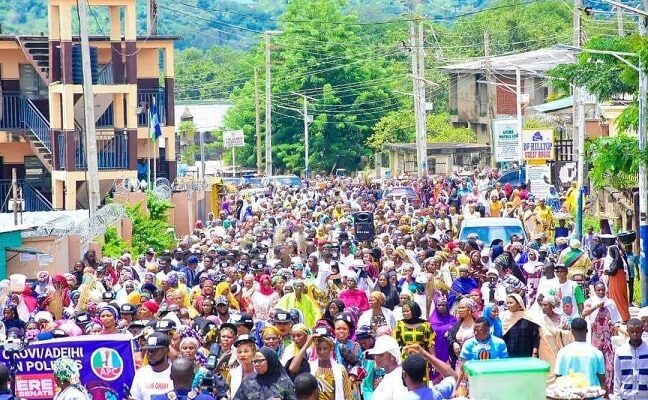 Though the campaigns have yet to begin in the state, Bello has pulled an unusual number of Kogi residents ready to support and vote Tinubu in 2023 in a frantic outreach across the state.

Thousands of women on Monday thronged the streets of Okene, Kogi State to drum their support for the APC Presidential candidate, Asiwaju Bola Tinubu.

The large crowd shut down roads in the area as they marched in procession in support of Tinubu.

Kogi State Governor, Yahaya Bello described the massive turnout as “testing of the microphone” as the real march would be held later.