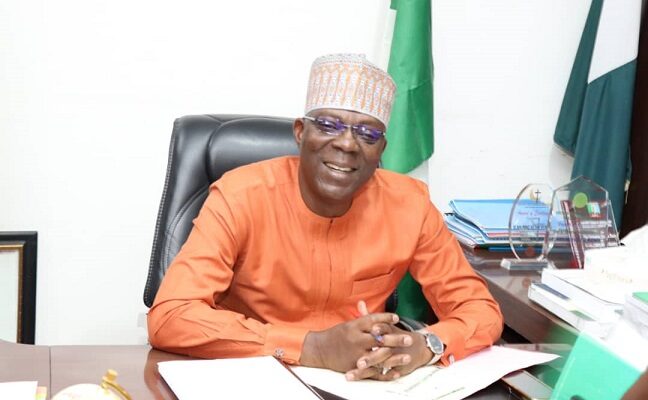 Abuja division of the Court of Appeal has ordered the Independent National Electoral Commission (INEC) to publish Kogi Assembly Speaker, Rt. Hon. Matthew Kolawole’s name as the candidate of the ruling All Progressives Congress (APC) for the Kabba-Bunu/Ijumu federal constituency in the forthcoming general election on all its channels of publications.

The court order the electoral umpire to accord Kolawole all privileges due to candidates in the election.

The unanimous judgment which was delivered on behalf of his colleagues in the case marked CA\ABJ\ 1000 \CV\ 2022, Justice Tsammani stated that the lower court erred when it dismiss the suit of the appellant, in the obvious uncontroverted evidence of the Appellant, and the 1st Respondent – All Progressives Congress. And as such even though, INEC has power pursuant to section 148 of the Electoral Act to make electoral guidelines, timetable, and electoral regulations, the exercise of such powers must be subject to principal legislation, in the circumstance; the Electoral Act, 2022.

The Court of Appeal observed the provisions of section 29 (1), (2) and (3) that the 1st Respondent – All Progressives Congress is still within time to be accorded the publication of its candidate as the requirement for publication is mere administrate obligation that cannot foreclose appellant participation in the election having acquired the legal right on 27/5/2022, therefore ordered for his inclusion as the candidate of the All Progressives Congress for the Kabba/Bunu/Ijumu Federal Constituency comes year 2023 putting paid to the judgment of the Federal High Court, Lokoja.

It will be recalled that on the 24th day of June, 2022 after the list of candidates enlisted by political parties for National Assembly election in 2023 was released by INEC, the candidate of the All Progressives Congress in person of Rt. Hon. Matthew Kolawole’s was missing on the list for reason later confirmed to be rooted in network failure, forthwith the candidate approached the court having acquired legal right on his emergence during a valid primary election conducted by All Progressives Congress on the 27th day of May, 2022 and duly observed by INEC.

In a bid to recover his mandate, Mr Matthew Kolawole sued the Independent Electoral Commission and the All Progressives Congress to comply with forwarding and publication of his name as provided in section 29 of the Electoral Act, 2022 obviously so the submission of name on 28th June, 2022 when approached the court was far above two hundred and fifty days against the 180 days provided in the Electoral Act.

Upon full hearing of the plaintiff case, the trial Federal High Court, Lokoja dismissed the case, solely on the reason that INEC guidelines has force of law, and failure to submit within time provided in the guidelines amount to noncompliance.

Dissatisfied with the Judgment Mr Kolawole headed to the Court of Appeal, Abuja for redress.

However, the case was held yesterday the 11th day of November, 2022 in a unanimous decision Court of Appeal allow the appeal for being meritorious, thereupon set aside the decision of the trial Federal High Court, Lokoja given on the 8th day of September, 2022.

Earlier before this Judgment of 11/11/2022, you will recalled that Mr. Segun Michael Olobatoke one of the aspirants during the 27th day of May,2022 APC House of Representatives Election for Kabba/Bunu/Ijumu Federal constituency filed a suit therein challenging INEC FORMS submitted by the Rt. Hon. Matthew Kolawole to the Independent National Electoral Commission in 2014, and 2018 also appealed the dismissal of his suit by the trial Federal High Court, Lokoja.

Mr Olobatoke appeal to appellate Court in Abuja was dismissed for lacking in merit.

The Justices, reaffirmed the decision of the Federal High Court, Lokoja to the effect that the Appellant – Segun Olobatoke Originating Summons is defective, void and worthless for failure to comply with the mandatory provisions of Section 97 of the Sheriffs and Civil Process Act.

The Court reaffirmed its position on failure to endorse Originating processes as required by law, to be fundamental thereby goes to the root of the jurisdiction, as such a void process cannot activate the jurisdiction of the court.

In the same token the appeal court sustain the application of the 1st Respondent objecting to the jurisdiction of the court in that behalf.

On Olobatoke’s case, the justice drive into the merit, and agreed with the submission of the 1st Respondent Counsels, to the fact that in Pre-election matters, there is no continue injury in view of the 4th alteration to Section 285(9) of the 1999 Constitution as amended thereby creating a limitation in pre- election to 14 days in all complaint. And as such complaint on INEC FORMS in pre-election matters must be made within 14 days as decided by the apex court and the worst mathematician cannot factor INEC FORMS submitted seven (7) years ago into 14 days mandated by law, hence the suit is lacking in merit.

The Court stress further, that no action could be maintain against the 3rd respondent obviously, that his name has not been published in respect to 2022 party primaries of the 1st Respondent – All Progressives Congress (APC). As such viewing the case through the window of year 2022 primary election of the All Progressives Congress, Olobatoke’s case is premature as such, the court find MR. SEGUN MICHAEL OLOBATOKE’S case to be lacking in merit and ordered it dismissal.

Reacting to the judgment, the speaker in his usual characteristic, be quiet the victory to the people of Kabba/Bunu / Ijumu Federal Constituency and confirmed his commitment to work with all stakeholders in his party to see APC victorious in all its elections comes 2023.

He assured the people of the Constituency for qualitative representation when voted into the Green chamber, promised to reach out to all part of the divides in the law suit towards ensuring a glorious outing for the All Progressives Congress in the forthcoming general election.

He therefore called on all APC Family in Kogi State to unit and work for the success of the party in 2023.