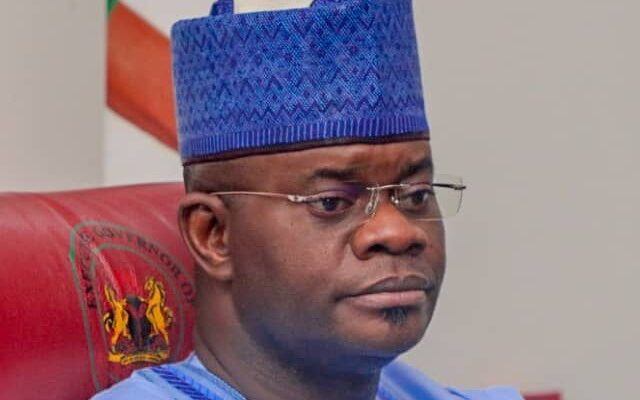 Why Kogi State Ranks Low in Ease of Doing Business

As states in Nigeria are working towards removing challenges and obstacles to ease of doing business, it seems Kogi State is out to stifle operations of the private sector in the state.

The activities of the State Government are not helping to make the private sector flourish. This is more evident in the report of ease of doing business in Nigeria released in 2021, in which Kogi state ranked 30th out of 36 states on the list.

Arm robbery and violent political attacks are some of the issues bedeviling the State, which of late, have been on the increase.

A new trend in the various disincentives to the ease of doing business is the use, by the Kogi State Government, of obnoxious taxation policy as an instrument of oppression to frustrate business activities in the state. Taxation is accepted globally as the major means of funding governmental businesses to serve the people. Taxation is also used to grow the economy.

At the same time, if wrongly applied, it has the effect of crippling economic activities. It appears Kogi State has not got its tax policy right. While other states use taxation policy to attract investors and generate funds, Kogi State, under the present administration, has been on the war path with private sector operators, sealing and closing business premises over disagreements on tax remittance.

Last month, Kogi State sealed-off all First Bank branches operating in the State. The action followed a disagreement on alleged tax liabilities of over N411.12 million. The development has created a lot of hardship to customers of the bank in the state.

Again, operating through its House of Assembly, the State Government ordered the sealing of Dangote Cement Plant Obajana over tax dispute. The plant was invaded by over 500 armed members of the state’s security outfit, the Vigilantes, at the instance of the state governor, Yahaya Bello.

They came armed with assorted rifles with some of them wearing charms and amulets menacingly dressed as if they were going to the war front. As they attempted to force their way to shut the plant, they shot sporadically into the air causing fear and apprehension in the sleepy community of Obajana.

The entrance and exit gates of the gigantic factory reputed as the biggest in Africa were immediately blocked as they drove the armless security personnel at the gate and barred workers who had come to resume the day’s work from entering the plant while those who had just closed from shift were also prevented from going out of the premises.

The invasion of the cement plant, which has placed Kogi State on the world map was led by the state Director-General of Lands; Commissioner for Solid Minerals, Senior Special Assistant to the Governor on Security, Commodore Jerry Omodara (rtd), Chairman of Kabba/Bunnu LGA, Chairman of Ijumu LGA and the State ALGON Chairman, Alhaji. Taofeek; Senior Special Assistant on Job Creation, Mr. Dele Iselewa and Chairman of Lokoja LGA, Alhaji. Mohammed Dansabe.

At the end of the unwarranted invasion, which many observers have described as crude, despicable and barbaric, no fewer than 27 of the company’s staff were injured with some sustaining bullet wounds, three of who are presently in critical conditions and are being treated at a private clinic.

The Manufacturers Association of Nigeria (MAN) strongly condemned the invasion of the Plant by the Vigilantes noting that such action will discourage new investments in the State.

The president, MAN, Engr. Mansur Ahmed, said the action by Kogi State is of great concern, and added that it is unimaginable that a State government would take such drastic action to shut down a plant that provides job opportunities and economic activities on a huge scale for the people of Kogi State.

“The action appears to be taken by government and it is alleged to be an effort for some alleged claim on some alleged payment of taxes that have not been made or recovered from the company,” Ahmed said.

He added that the move is totally illegitimate, pointing out that if the State government has any issue against any member of its association or corporate citizen, the appropriate thing to do is to take the member to court.

“You cannot use strong-arm tactics to shut them down or impose very severe restrictions on their operations simply to force them. This is illegal and I believe that what has happened will not happen in a normal operating environment,” the MAN boss said.

He said the association has taken up the matter with the Federal Ministry of Industry, Trade and Investment in its bid to help address the anomaly in Kogi State.

“We have no reason not to pay taxes to the Kogi State government as and when due and I am aware that Dangote Industries is one of the highest tax-payers in Nigeria. But, if indeed for whatever reason that there is a tax dispute for the Kogi State government on Dangote, it has measures and ways of recovery and there is no justification to threaten the closure of that industry.

“We are totally opposed to that kind of measure because there are ways to resolve this amicably in a legal manner and we hope that the relevant authorities in both the federal and state levels would intervene to ensure that this kind of action is not repeated,” he said.

The Lagos Chamber of Commerce and Industry also condemned the attack on the Obajana Plant describing it as‘’shocking and disappointing. The Chamber in a statement signed by its Director General, Dr. Chinyere Almona, FCA said, the attack reflects the poor handling of investment protection issues in our country.

“The Lagos Chamber of Commerce and Industry believes there are more decent ways to handle regulatory and legislative matters concerning businesses in Nigeria than resorting to violence. The invasion of the Dangote Cement Factory by youths that led to the shooting of factory workers is unfortunate, ill-construed, and avoidable, she said.

‘’We advocate a win-win situation for businesses and the government. We will therefore call on all parties to exercise caution and be protective of jobs, assets of production, and government revenues from corporate organizations like Dangote Cement Factory.’’

According to the Chamber, the Federal Government and Kogi State Government have hitherto benefited from business revenues and social investments.

‘’It is therefore expected that the government would be interested in creating an enabling business environment that can attract both local and foreign investors. And where there are infractions, handling such should be in accordance with best practices and the rule of law that protect investors’ rights and human lives.’’

The Chamber then advised a meeting of all government agencies connected with the acquisition of the cement plant to resolve any differences thereof.

This process, it says, ‘’can be taken without necessarily shutting down the factory and endangering jobs, products, and government revenues. This point is critical as wrong handling or unprofessional approaches to resolutions can send negative signals to potential foreign investors.’’

The Chamber noted that the growing mining industry in Kogi State has benefitted from the production activities of the Dangote Cement Factory, which offers both infrastructural and Corporate Social Responsibility (CSR) projects to enhance the standard of living in the State.

‘’We see a role for the Presidential Enabling Business Environment Council (PEBEC), the Bureau of Public Enterprises (BPE), the Nigeria Investment Protection Commission (NIPC), and the Kogi State Government in resolving this issue. We, therefore, expect to see a swift intervention by these agencies toward a win-win resolution.’’

The Nigerian Association of Chambers of Commerce, industry, Mines and Agriculture also issued a statement condemning the closure. It described as regrettable the hasty sealing of the Plant on tax disputes.

The umbrella union of Chambers of Commerce in Nigeria deplored the closure of the huge cement plant which provides direct and indirect employment to thousands of people within and outside the state. The association noted that shutting off the plant does not necessarily help on the controversial issue of compliance on taxes remittable to Kogi State Government.

Abuja Chamber of Commerce and Industry added its voice and has called on Governor Yahaya Bello to direct a truce and dialogue between the Kogi State Assembly and the management of Dangote Cement at Obajana to protect the image of the state as an investment destination.

In a statement issued by its Director General, Ms. Victoria Akai, the ACCI described both the Kogi state Governor and the Owner of Dangote Industry, Alhaji Aliko Dangote as men of peace who should resolve any business dispute through consensus without jeopardizing multi-billion-naira investment and thousands of jobs of Kogi indigenes.

The Chamber while calling for the reopening of the plant as dialogue continues regrets that for every day the factory is shut, millions of naira are lost and the reputation of Kogi state takes a negative hit, positing that “tax and ownership disputes are issues top leaders should amicably resolve.

“We therefore call for the immediate re-opening of the factory and commencement of alternative dispute resolution. Dangote Cement is a company with commendable sustainability records. The company has blazed the trail within Nigeria and across Africa. Nothing should therefore be done to truncate the growing business at a time other African countries are opening their doors wide for Dangote investment.

“The factory has been able to take many out of the street thereby reducing unemployment that has been a major problem in the country. The closure of the factory will further increase unemployment. It is in the best interest of Kogi state to reopen the factory so as not to scare away local and foreign investors”, the statement noted.

It is hoped that Governor Bello will listen to the voices of economic reasons, embrace dialogue as a means of settling tax disputes and improve the business environment in Kogi State to become more friendly for investors.