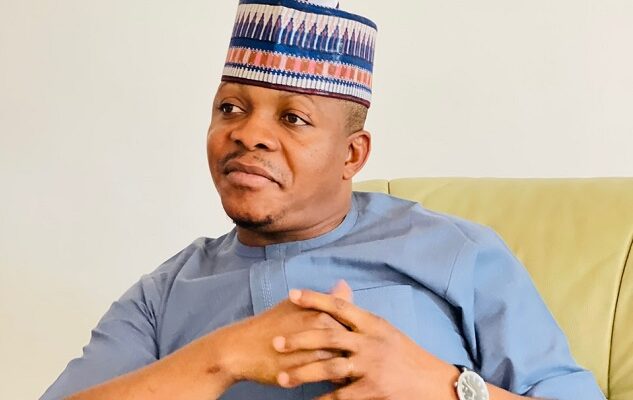 Mr. Austin Usman Okai is a man with a humble beginning, with no silver spoon in his mouth. A man, whom you would like to meet personally, he is good looking, loving, a trusted friend, reliable and accommodating.

His patriotism for his fatherland, his unquenchable love for a disciplined life- style, his insatiable appetite for challenges, his spirit of perseverance and endurance and his tenacity of purpose, all combined to make him a good leader. He is incorruptible, always displaying skill, dexterity, brisk, competence and he is very humane.

Austin, a proven achiever with an irresistible charisma and a track record of leadership qualities such as transparency, honesty and accountability have made many people to see him as a true young up- coming leader of the people.

Austin is truly fired up by the possibility as well as the enterprise nature of the good people of Dekina/Bassa Federal Constituency as well as the urge to develop the constituency beyond human imagination within a very short time of his leadership.

He relates to people as if he had known them all their lives. No matter how lowly their status, they cannot feel ill at ease with him. The man seems permanently engaged in building bridges of understanding across the constituency, no wonder he is being urged by the electorate to run for House of Representatives in 2023.

He is an optimist and a firm believer in the doctrine that all things are possible through God, if you work hard enough at them too.

Whatever anyone may feel towards Comrade Okai, no one is likely to accuse him of a lack of competence or enthusiasm towards the task of national development.

If anything, his critics are more likely to charge him for being too workaholic and committed to national development through his good policies on governance. His patriotism and enthusiasm are never in doubt.

Austin is a strong observer with a feeling heart, a man who is genuinely moved by the plights of others, a personality rare to find nowadays.

He is a person who has most of the attributes of a great leader. He is honest and frank to the core. A very close look at him shows that he is a man that always matches his words with action.

He is a multi- talented, distinguished Nigerian, and a dedicated personality with his modest calling in helping people, he identifies their needs and acts as a catalyst and a bridge from their current state to their next level. He is a dynamic, resourceful and goal driven individual saddled with the responsibility of bringing values to the lives of every Igala person and Nigerian.

He is eloquent, brilliant, social, courageous, affable, stupendous, humane, patient, humble, prudent and frank. He has invested in both capital and human development at home and beyond, and he has promised to invest more on these, if given further support by the people as one of the rare up-coming leaders in Nigeria.

He is also a man full of life, energy and focused. The vast experience he has in resource management has aided him to bring the much desired progress and development to Nigeria as a whole. He is not influenced by any sentiment but rather believes in performance-not just performance but high performance.

He believes that competency should take precedence over any other consideration. That is, competency should not be sacrificed for any parochial or trivial issue such as ethnicity or where you come from, religion, age, sex, social strata or any odd or distorted history that will hinder development of his federal constituency.

Austin Okai is a household name and a well-known personality in Kogi State and even beyond. An agile and pragmatic individual, who has the big heart to weather storms and at the end of it all, he comes up more successfully. He is a successful politician who enjoys creating wealth for others.

He is someone who loves to inspire others to achieve greatness in life. He has invested in the human soul, which could turn out to a diamond or gold tomorrow. Austin’s life has value because he continually adds value to the lives of others by means of love, friendship, indignation and compassion. It must be understood here that compassion is the antitoxin of the human soul.

He is always engrossed in problem solving associated with the people. He is a man who loves education and strives to support children’s education at all levels.

He is an embodiment of all the good qualities found in a leader, he has strength of character and possesses a tremendous self-control. His style and person have been defined by his background and good upbringing. He is an astute politician whose major calling is to serve the people.

In some quarters, he is been described as a man of great vision who means well for everybody, kind, amiable, honest, loyal, unbendable in principles, cool-headed, brilliant and frank to the core.

The Igala born politician strongly believes failure will never overtake him because his strong determination to succeed is strong enough. He is a student of Hilde Bigelow who says, “A man is selfish not for pursuing his own good, but for neglecting his neighbours.”

He is an advocate of selfless service to the people and not to self-first. He is one of the few personalities in Igala-land who is lifting the area onward. He has provided true leadership that has helped many people to discover more about themselves in the past.

He is a leader who will go to the extent of inconveniencing himself to make sure that the people’s welfare is catered for. He is a resourceful personality and highly talented in resource management. He is a strong advocate of good education for the youths and an apostle of job creation for the unemployed.

He is a great philanthropist who is always moved by the poor conditions of the under-privileged individuals around him. He is known for his munificent deeds in both Kogi State and Nigeria in general. He has continuously supported social organizations, the sick, orphans, widows, artisans, journalists, destitute, security agencies and religious organizations with money and land to carry on their activities in the state. He has protected their interests in several ways.

He is well focused and intelligent, he is also a dependable leader. He is a man of vision who means well for every Igala person. He is kind, amiable, honest, loyal, cool- headed, brilliant and frank gentleman to the core. He will never promise what he cannot accomplish.

– Dele Olonilebi
On Behalf of Committee of Friends