Home News Why Are Nigerian Students Being Punished? 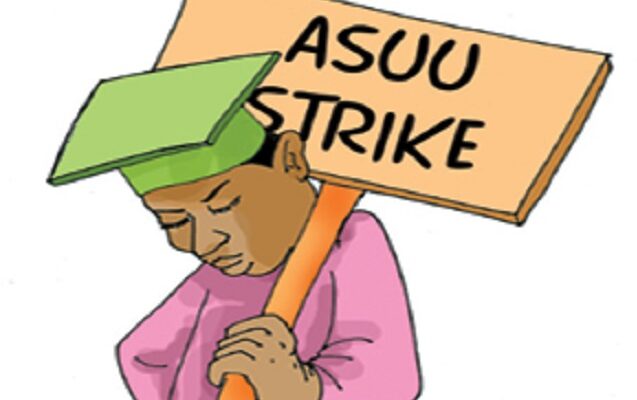 Why Are Nigerian Students Being Punished?

To me it is a grave sin and greatest of injustice to punish someone for an offence he or she did not commit or even know about and that explains why in the court of law the offense (s) of the offender are first made known to him or her before the commencement of judgement and possible punishment of need be.

While punishing someone for an offence they did not commit is more of man inhumanity to man and even a graver injustice for a man to be punishing another man for his or own selfish and personal benefits.

Ok! How because the Academy Staff Union of University (ASUU) and her counter part, the Federal Government of Nigeria (FG) have put all the Federal universities in this country under lock and key for the past 6months! A sad occurrence that has become an annually event! The Academy Staff Union of University are claiming to be “fighting for the benefits of the Nigerian students” – a fight whose fore and core demands are for their Earned Academy Allowance (EAA) and the deployment of UTAS as their preferred platform of payment!!!

In 2020, ASUU embarked on strike which lasted for more than 9months. It was latter suspended after the Federal government paid them the some of 70billion Naira – 40billion for Earned Academic Allowance and 30billion for revitalization. Now again, ASUU has embarked on another “total, comprehensive and suffocating strike” that has taken another 6 months out of the short expected life span of the Nigerians and its youths.

This time around, the strike is far from being suspended or called off as the FG and ASUU are locked in the war of words and counter accusations of who is lying to the public or who is is making bogus demands! The Minister for State for Labour, who also doubles as the spoke man for the Tinubu/Shettima campaign organization in the person of Festus Keyamo(SAN), brazenly and affrontly told ASUU, Nigerian students and who ever cares to know that Government can not borrow money to pay ASUU! A shameful statement that was corroborated by the Executive Governor of Ebonyi state, (Engineer) Dave Umahi who even made it worse by saying that the university education is not for everybody! A governor o! An engineer o!!

In this jet age where other serious countries are smiling to the bank and sleeping with both eyes closed as the results of their huge investment in education and human capital development my own country and its government rather spend billions on other countries than settling the rots in her educational system. What an irony!

Yes, we agree that ASUU’s demands are bogus, selfish and doesn’t in any way have the interest of the students at heart as it seem that their major bone of contention is the issues of IPPIS/UTAS and the increments of their wages and allowances, both of which does not have any benefits to the students community.

Sometimes, I tried to play the devil’s advocate by trying to view the issue from the FG’s perspective. For example, an increment of the allowances of one trade Union organization will definitely trigger demands for increment by other Unions. Yes, the acceptability of the FG to deploy UTAS may prompt other Unions to come up with theirs thereby creating an administrative log jam. Yes, the government can not borrow 1Trillion Naira to pay ASUU because the country is obviously broke. The most important question now is that; what has the government put on the table so far???? What are they giving that ASUU is rejecting? Is what they are giving fair in all concern?

The adverse effects of this incessant and prolonged closures of federal universities on the academic, financial, emotional and psychological lives of the students can never be measured. Most students, especially those whose age are not on their side, have become so frustrated that most of them have moved on with their lives without education.

Most students will have to drop out because they will not have money to pay another rent and other expenses for which they did not make use off. Most students that were successfully taken off the street and away from crime by their parents are now back to the same street that is more deadly than they left it are now fully back into crimes because of the ASUU strike. Some students get killed, humiliated, raped, molested all in the search of looking for what to do during the strike. Some students have completely lost their reading culture due to this ASUU strike. Some students painfully bears the agony of watching their mates in other countries and in some private and state owned universities graduate before their eyes while they stuck.

All these and much more are what the youths and students of this country have to pass through just because our leaders and teachers (who are mostly elders) are more interested or rather have put themselves first before there future of their children.

Crime rate is increasing tremendously, armed robbery, banditry, terrorism, rape, drug abuse, youth unrest, illiteracy, joblessness and poverty are on the increase yet the government thinks education is not worth making a priority.

How has the youths and students of this country offended their government and ASUU that they are being this inhumanly treated? They say Nigerian students are half-baked, even this half baked education sef we can not even have it. What are our offenses that can not be forgiven? How long will our destinies and futures continue to be dashed and bashed by the elders we elected to lead us?

God is watching and he is taking notes. One day we will all stand before him, then he will ask why.