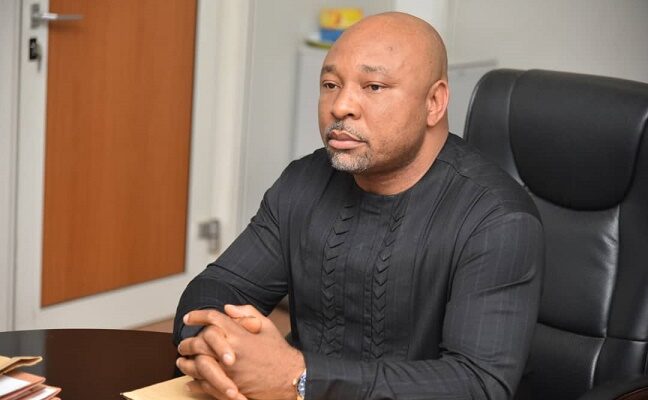 This post is not to highlight who has done what because services pertaining humanity should ordinarily be selfless. However, in lieu of ongoing struggle for societal emancipation it would probably shed lights on who should get what in the realm of leadership. We are at the abyss of socioeconomic exit and irrespective of every affinities, the society must stand. To achieve this, men of proven antecedents, those void of character flaws and amorality must be saddled with the responsibility of piloting the affairs going forward.

In Kogi East, Dr Victor Alewo is a name that is not unfamiliar. He is a household name across Garland of interests and places. He is a professional whose impacts has forever shaped one of the renowned financial institutions in the world, a communicator per Excellence. Politically, Dr Victor Adoji isn’t just an aspirant, he is a prospective leader who has made leaders in Kogi East and beyond— story for another day!

Yearning to transform the society, he formally resigned on a duty call and join the political scene in 2018 where he vied to represent the good people of Kogi East in the senate on the platform of Peoples Democratic Party (PDP). Since then, his predisposition had left several imprimatur signatures that has shaped the party dynamism. From his manifestos to the predisposition to both serving and prospective leaders, democracy has been deepened in several fronts.

At a time when politicians are desperate for office of leadership, Victor has consistently advocated consensus in his party. After a rigorous contest in 2019, he was the only candidate who stood with the party’s governorship candidate— a resolution that earned the party an unprecedented victory if the 2019 exercise was free and fair. Of course,  I make bold to say that PDP won the governorship election in Kogi state 2019.

Amidst rigorous rig out by the powers that be, Adoji has stood for his party from the ward to National levels. He was not only instrumental to the party’s convention in 2021, he has intervened in legal issues relating to in-house leadership crisis especially, in Kogi East senatorial district, that is that.

In the wake of APC’s messianic grips, Victor served as a constant reminder between the people and PDP as an alternative to the extant rots. After the 2019 general elections, he was the only candidate who return to the people a thank you message for the love they bestowed on his party by voting him.

When aggrieved aspirants shuttles on another parties, Adoji stood his ground and released a heart-warming short note titled; “I SUPPORT ENGR. MUSA WADA FOR GOVERNOR.” It reads in part; “My well-informed decisions to support Engr. Musa Wada is premised on an array of agenda which, in part realized that, as at April 2019, over 94 million Nigerians including Kogites are in extreme poverty from a combination of our inactions and indecisions. The outcome is the disgraceful nomenclature of ‘poverty capital of the world’. It is not in my style to de-market anyone or any other candidate but I will do everything legitimately possible to sell mine: Engr. Musa WADA.”

As an ardent observer, I strongly advise PDP to be more focused on these two key areas: salvaging the people of the present economic hardship. Secondly, the party must be focused on redeeming its dying identity. By so doing, it ought to seek for character, competence and capacity among its contestants.

More importantly, a candidate with wide acceptability. Again, the Legislative business isn’t for everyone, it is for professional lobbyists who can speak their way through. On that note, I need not remind that Victor Adoji is a professional communicator who had excellently handled Zenith Banks communications departments worldwide.

It is, therefore, a clarion call on the delegates to look beyond the moment and make history for the future of our children and children’s children. Dr Victor Adoji among the host of other progressives minds portend a new lexicon in the political sphere.