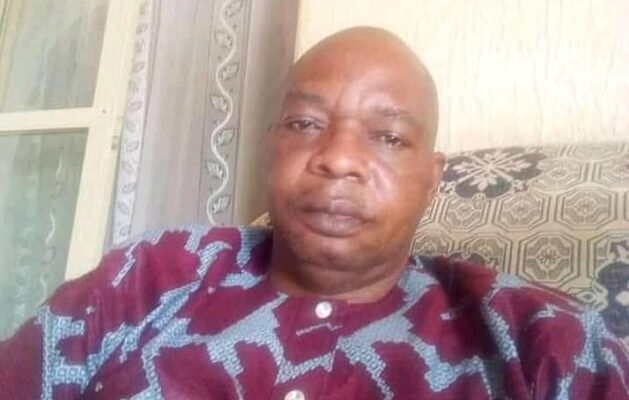 The paths of Deacon Samuel Enimola and I first crossed at the house of Chief Sola Akanmode, former Chief of Staff to Vice President Atiku Abubakar in Ayetoro Gbede ,Ijumu Local Government Area of Kogi State.

It was one of those days when late veteran reporters and publishers, Kola Toluhi of Kogi Affairs and John Otitoju of Searchlite, both of blessed memories, and other reporters of Okun extraction went as a team to interview stakeholders on burning issues.

Late Samuel Enimola was sitting in the living room of Chief Akanmode. It seemed he has decided to join Kogi State Government Service through The Graphic newspaper. This was because the questions he asked me, then, were based on how he would be able to join the newspaper. To the glory of God, I was able to put him through using the procedures I used to cross from teaching to the main stream civil service.

After joining The Graphic newspaper, he put all his heart into his work. He was so diligent that as a reporter, he ensured that hardly was there any edition of the paper on the stable that his report was not published.

Each time he returned from the fields where he had gone to gather reports for publication, he would play with the production department staff and even buy a bottle of coke for one or two of them. He was an amiable fellow and had no enemy among all the staff of The Graphic newspaper whom I guessed are all deeply and rudely shocked with the news of his death.

Within a few period of his joining The Graphic newspaper, he found his way to the House of Assembly beat which used to be the exclusive preserve of journalists who have the required experience. Here again, Samuel proved his capacity. He not only reported well but had a robust working relationship with some of the legislators not only from his senatorial district but across board.

As a journalist, he was known in the Nigeria Union of Journalists (NUJ) Kogi Council and Okun Media Links where he participated actively. He led the campaign of Abutu Elijah who contested against the exco which I am a member without reservation despite our intimacy. This was because the late Samuel believed in expressing his views passionately not minding whose ox is gored.

One noticeable and admiring trait of his was that if he and you quarreled, he would come to you later to plead with you to allow the sleeping dog lie. I remember that during one of our Union campaigns, Samuel and I quarreled and he came to reconcile with me.

As the years went on, Samuel left The Graphic newspaper and got transferred to Kogi State House of Assembly Service Commission as Information Officer.

Again, on getting to the Commission, Samuel did not allow anything to deprive him of publishing the activities of the Commission in The Graphic and when he had no opportunity of that anymore, he posted his stories on Facebook.

When the former Director Information of the State Assembly, Alhaji Ibrahim Isa Amoka was appointed Clerk of the House and the search for a personnel to replace the Director Information was on, Samuel contributed his quota in his little way to ensure that I got the seat. It was a case of one good turn deserved another. So I showed him the way to The Graphic, he showed me the way to Kogi State House of Assembly.

I took ill but recuperated after a surgical operation, thanks to God. When I gave testimony of God’s goodness, he told me that he believed and hoped that by God’s grace he would overcome his sickness and also come to testify in the church at the House of Assembly. Unfortunately, the reverse was the case.

Samuel was always committed to whatever he put his hands into. This was why he had to send his dues to Okun Association in Kogi State House of Assembly even when he was indisposed and was with his family in Ilorin.

Though I didn’t call you Uncle while on earth but in this tribute you earned that title because you were birthed before me, graduated before me at the University of Ilorin, got transferred to the State House of Assembly before me and now ,you died before me.

Just like Korede Emmanuel put it that he was shocked by the news of your death because he had hoped you would recuperate only to be informed that you have gone to rest with the Lord, I am too.

You have played your roles and the curtains have been drawn.

As your remains are committed to mother earth in Ilorin on the 18th day of February, 2022, I pray God to grant your soul sweet repose and comfort your family. Rest on my brother!