Indications are rife that former Kogi State governor, Idris Wada may be heading back to Lugard House as the governor of Kogi State when the state governorship election tribunal sitting in Abuja gives its final ruling.

PNM learnt from a reliable source that former governor Idris Wada’s argument at the tribunal that the late Prince Abubakar Audu’s votes were illegal because he got additional votes from Kano and Lagos may be yielding fruits.

To buttress his point, the governor and his team claimed to have evidence of the malpractice.

It would be recalled that the tribunal agreed to accept forensic reports as parts of evidence to be tendered by the petitioner during proceeding which is clearly in Wada’s favour.

Justice Halima ruled on an earlier motion filed by the petitioner, Captain Idris Wada saying that the court would accept forensic experts as witnesses and their reports as evidence.

PNM also learnt that former governor; Idris Wada may be leading by 250 votes if some of the votes of the late Abubuakar Audu are cancelled.

The implication that Hon. Abiodun James Faleke and Governor Yahaya Bello may lose out because both of them are fighting to inherit the late Audu’s votes.

A member of the All Progressives Congress (APC) who pleaded for anonymity is of the view that “If it is confirmed that Audu’s votes were illegal, it means there is nothing for Bello and Faleke to fight for.” Unfortunately Wada will come back. All this is happening because we let selfish interest becloud our sense of reason.”

It would be recalled that Prince Abubakar Audu, the All Progressives Congress (APC) governorship candidate in the November 21 election, died while leading the Peoples Democratic Party (PDP) candidate, Idris Wada by a margin of 41,000 votes. After his death, the election was declared inconclusive by the Independent National Electoral Commission (INEC). Alhaji Yahaya Bello was nominated by the APC to replace him.

Nowhere in the constitution was it envisaged that there could be an instance, where a candidate on the verge of winning would suddenly die while the election was inconclusive.

Idris Wada on one hand is praying for the tribunal to nullify the process and declare him as winner because Bello had only 6,885 votes compared to his own votes of over 100,000. He is protesting what he termed, “gross irregularities” during the polls.

Faleke on the other hand is challenging the refusal of the Independent National Electoral Commission, INEC to declare him as the valid winner of the governorship election in Kog State and also praying for the tribunal to declare that INEC acted wrongly when it declared the November 21 gubernatorial election inconclusive.

Faleke, through his team of lawyers led by Chief Wole Olanipekun, SAN, contended that the initial election had produced a winner in late Prince Abubakar Audu, saying his death automatically made him the Governor-elect.
“Faleke has a valid argument” said a member of the APC who pleaded for anonymity, “there was definitely a foul play in the manner INEC declared the election inconclusive. It was a broad day robbery. The only way justice can be done is if the process that led to Bello’s emergence is nullified.”

According to Lagos based lawyer and human rights activist Ebun-Olu Adegboruwa, “Faleke cannot competently exercise the mandate conferred on him, neither can Yahaya Bello inherit the votes that were cast for a dead man, Abubakar Audu,” he said.

And on the issue of Bello replacing Audu, he said “such decision is misleading and will not work, it is just a matter of time. It cannot stand”.

Corroborating the position of Adegboruwa is another senior advocate of Nigeria Olu Daramola. According to him “the whole scenario in Kogi would have been resolved if INEC had cancelled the primary election of the APC. Yahaya Bello cannot take the oath of the late Audu, it is against the law and Electoral Act. The present arrangement in Kogi cannot stand”, he stated.

Former governor Idris Wada on his own part is confident that he would win at the tribunal. According to him” As far as the law is concerned; we have not seen where it was written that a person’s votes can be transferred to another. We are sure of victory.”

Most political analysts are of the view that it is either the whole process is cancelled and a fresh election is conducted or Idris Wada returns.

According to Abdullahi Shuab, “If the tribunal calls for a fresh election, barring APC from producing another candidate, they would have to stick with Yahaya Bello. We all know that Wada would win if it happens that way because he comes from the major ethnic group (Igala). Governor Yahaya Bello who is from a minority ethnic group has not done much to appease the Igala people after the death of Prince Abubakar Audu. The only hope for APC as it stands is for the party to be given a chance to field another candidate.” He said.

Irrespective of the views of political pundits, time will tell how the story goes in the coming months. 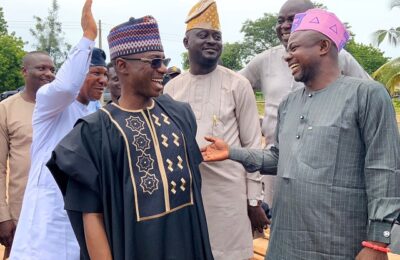 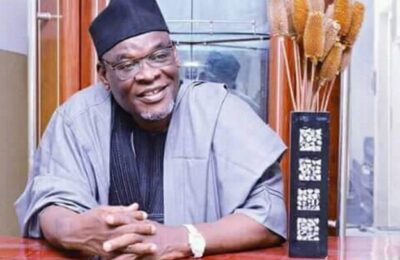 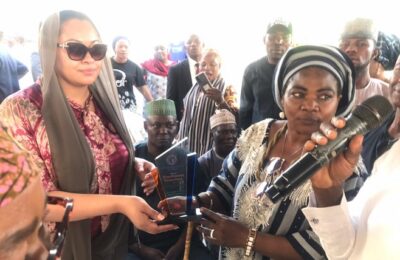