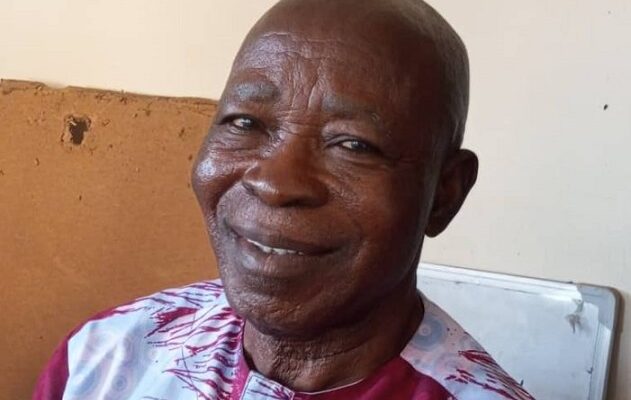 The International Institute of Journalism (IIJ) has been described as a veritable platform that will help train people to understand the style and secret of quality writing.

A former Managing Director of the Graphics Newspaper, Pastor Ezekiel Oyekanmi made the disclosure in Lokoja on Tuesday.

Oyekanmi urged young aspiring journalists in Kogi state to take advantage of the IIJ, Lokoja Study Centre to acquire writing skills that would help them remain relevant in a digital environment and economy.

The veteran and lecturer in the IIJ Lokoja Study Centre explained that everyone that pass through the school of Journalism will get to understand the rudiments of proper writing to draft quality memos and proposal.

The former managing director disclosed that Journalism is a profession for all, pointing out that it is a skill everyone should desire to acquire writing skills in putting together minutes, memos and writing books amongst others in contemporary society.

The Former MD Graphics described the IIJ as a place for training and retraining of people with the flair for writing, said it would help sharpen and resharpen skills of Journalists and those with flair for writing.

Pastor Ezekiel Oyekanmi called on young people to take the advantage of the newly repositioned IIJ and get registered.

He called on working Journalists, those serving as Public Relations and Protocol Officers in MDAs, but do not have Journalism training to register in the ongoing registration.

He disclosed that the minimum qualifications to practice Journalism is the diploma certificate, called on politicians, business men and women, with those handling media related functions and offices but are not certificated to register with the IIJ Lokoja Study Centre.

He explained that studying or acquiring Journalism skills does not mean you must practice reporting in the media alone, rather he said it would broaden your skills to be able to write well, described Journalism as a study that enables you acquire a style of writing particularly in a digital environment as is presently witnessed.

The admission of the Institute the for MD Graphics explained is opened to serving Journalists who want to sharpen their skills in Broadcast and, print media and non Journalists who have no training in Journalism or Mass communication, but working as Public Relations, Protocol officers in the Ministries, MDAs; Local Government Councils, Religious Organisations, Military and Para-Military establishments; such as Police, Customs, Immigration, Correctional and Civil Defence Corps officers, assured that they  will benefit immensely from the course, which is intended to enhance their skills, Competence and knowledge in the art of publishing and public relations and Advertising.

Interested Applicants must possess: Senior Secondary School Certificate or its equivalents of NABTEB and NECO and must have at least five credits Passes at not more than two sittings which must include Mathematics and English Language.

The Institute is affiliated to the prestigious University of Maiduguri (Unimaid) and has been recognised by the Nigeria Press Council NPC as a professional   institute for the training of Journalists in accordance with the NPC enabling Decree of 1992.

The Institute also has linkages with Educatioal Institutes and Professional bodies in the country, which offers similar courses to enable her graduands to use the certificate for entry into the Universities and other Higher Institutions of their choice.

Application forms can be obtained from the office of the Coordinator of the Institute, Lokoja Satellite Campus at the cost of N10,000.