The Standard Organisation of Nigeria(SON) has warned dealers of substandard items in Kogi state to desist or face the full wrath of the law.

The state Acting Co-ordinator of the organisation Okechukwu Anne who gave the warning in Lokoja yesterday when she led officers of SON and security agents to raid dealers and retailers  of sub-standard tyres, electric wires cables and gas cylinders, said the aim of the operation was to protect  Nigerians from  the negative effect of using those items that constitute threat to their lives through the complete eradication of sub-standard products in the state.

“These items does not conform with specification of the agency as it poses danger to the consumers” she noted.

According to her, the Director General and Chief Executive officer of the organisation Dr Paul Angya had set aside yesterday for prompt checking and raiding of life threaten sub-standard consumables to save the lives of innocent citizens as well as ensuring that consumers of such items get value for their money at all times .

“We are on the field to check the excesses of sub-standard item dealers who indulged on shoddy deals at the detriment of the lives of Nigerians. These items have been used in other countries before it was imported to Nigeria and we will not accept a situation where this country will be turned to a dumping ground for items that does not meet our specification.

The Acting Co-ordinator who assured that the operation would be extended to rural areas in the state , said SON is desirous of competing with other nations in the act of checkmating sub-standard products in the country.

While calling on consumers to also play their roles by not patronising  those items, Okechukwu assured that SON would continue to ensured that items sold in the state are of standard. 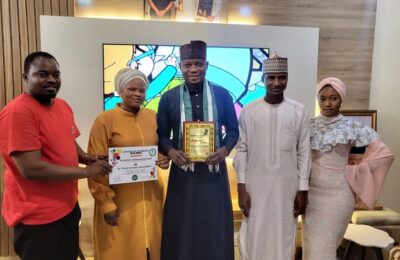