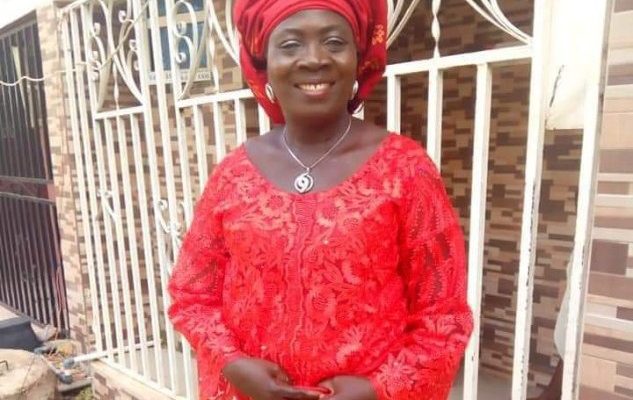 ECOWAS Community Court of Justice sitting in Abuja has declared that the Federal Government failed in its constitutional role of ensuring security of lives and properties of citizens during the 2019 Governorship Election in Kogi state.

The Court made the declaration in its Judgement in an Ex-parte motion filed against the Federal Government over its alleged failure to investigate, arrest and prosecute persons responsible for the murder of late Mrs Salome Acheju Abuh.

The deceased Salome Acheju Abuh, a staunch supporter of the Peoples Democratic Party (PDP) was alleged to have been burnt alive in her house at Ochadamu village in Ofu Local Government Area of Kogi State, Nigeria on November 18, 2019.

Justice Asante said the Federal Government violated its obligation under Article I of the African Charter by failing to protect the life of Mrs Salome Acheju Abuh during and after the November 16, 2019 Governorship Election in Kogi State.

“The Respondent cannot be excused for its ignorance or ineptitude in instituting preventive security arrangements to deal with such an imminent risk to life and property in the Kogi State before, during, and after the governorship elections.

“In the instant case, the Respondent cannot say that it did fulfill its obligation of ensuring peace and security during the Kogi governorship elections by merely deploying thirty-eight thousand policemen to Kogi State”, Asante declared.

The Applicants stated that the deceased traveled in the company of her family to Kogi State from Abuja to participate in the November 16 Governorship Elections.

According to the Applicants, on the day of the elections, bloody violence broke out, allegedly perpetrated by thugs and hooligans loyal to and well-known sympathizers of the All Progressives Congress (APC) and its ruling government.

Salome Abuh was said to be among those who got injured in the riot when she dared to lead a resistance at her polling unit on the day of the election against violence, maiming and killings.

The Applicants stated that on November 18, 2019, immediately when INEC announced the winner of the purported elections, the late Salome Abuh was in her husband’s house nursing wounds sustained the election day fracas.

They alleged that after the announcement, jubilant APC thugs and some unknown assailants wielding sophisticated arms, forcibly entered the house and set her ablaze.

According to the Applicants, the incident happened in the full glare of the family and friends of the deceased while the Respondent’s Police Force was around and did nothing to stop the arsonists and save the woman but only watched.

The applicants further revealed that when the deceased tried to escape from the inferno, the arsonists/thugs who were unmasked pushed her back into the house and locked up the house.

Her assailants were said to have in the process shot live ammunitions at everyone on sight within the community as people ran into the bush and forest for days without food, water and clothing in the desperate bid to save their lives.

The Applicants sought among other reliefs, a declaration that the Respondent State had the sole responsibility of protecting her citizenry against brutal and gruesome attacks.

That the respondent state cannot, therefore, use its machinery of law enforcement as an instrument of such arbitrary vicious attacks and gruesome murder of her citizens;

A declaration that the action of the Respondent State law enforcement apparatus looking the other way while the crime was being committed by supporters of the ruling party was “a wrongful and outermost failure of the defendants’ responsibility to protect and secure her life.”

A declaration that the Respondent was directly responsible for the death and cause of the death of Mrs. Salome Acheju Abuh.

The applicants therefore sought an Order of the Court compelling the Respondent to embark on an impartial investigation by a competent tribunal into the circumstances surrounding the gruesome murder of the matriarch of the plaintiffs family.

It should also identify the culprits and persons responsible for proper prosecution in the appropriate courts; and

They also asked for an Order compelling the Respondent to pay $575,000,000.00 (five hundred and Seventy-Five Million United States Dollars) through their counsel as proper and adequate compensation to the Applicants.

In the Judgement, the Jurists heId that in the instant case, the Court having found violations, the Respondent was liable to make reparations as prayed for by the Applicants.

According to him, It is trite law that when liability is established, the resultant harm attracts reparation to repair.

He therefore, ordered the Respondent (Federal Government) to pay the Applicants the sum of Ten Million Naira (N10,000.000,00) as compensation for the loss of life of Mrs Salome Acheju.

“It is pertinent to note that no amount of money is sufficient to compensate for the loss of life of Mrs Salome Acheju but the Court recognizes that in the absence of other factors,

“Again, the Respondent has been ordered to conduct an effective impartial investigation into Mrs. Salome Acheju Abuh’s death to identify the root cause of her death, hold the perpetrators accountable, and redress any victims found.

“It is deemed that all persons affected by the violence shall be identified and their losses redressed consequent upon the completion of the investigations”, he added.