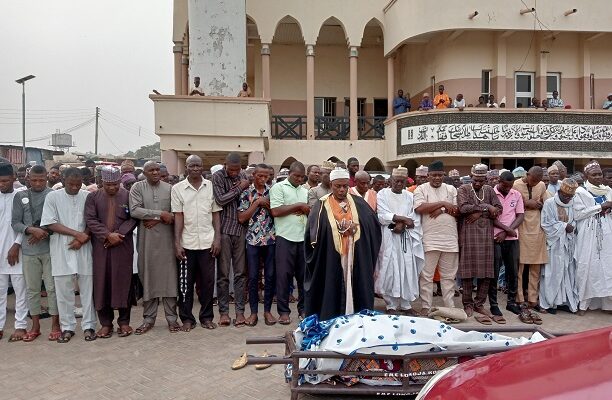 The remains of late Mrs Zainab Adeiza Momoh Jimoh,wife of Chairman of the Kogi State council of the Nigeria Union Of Journalists ( NUJ) have been laid to rest according to Islamic rites in Lokoja.

The late Zainab, was until her death, the Proprietor of ZA’AD ACADEMY, New Layout, Lokoja.

She died in the early hours of Friday in Abuja, at the age of 46.

The funeral prayer was attended by journalists, Islamic clerics, friends and sympathisers.