Home News Rejoinder: Open Letter to Kogi Governor on the Murder of 9 Brothers in Adogwu Within 24 Hours 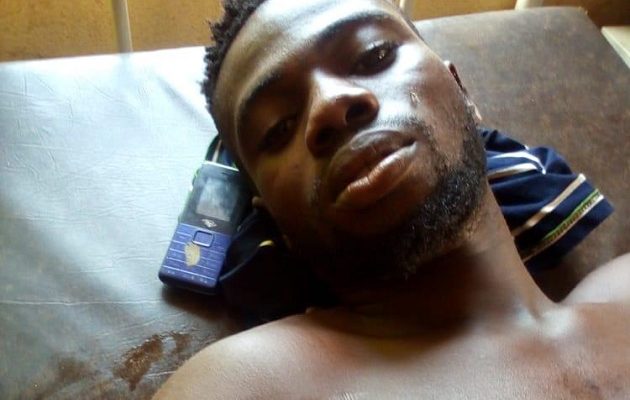 Rejoinder: Open Letter to Kogi Governor on the Murder of 9 Brothers in Adogwu Within 24 Hours

It is wise saying that when a purpose or cause of a thing is unknown abuse or solution is near impossible. Politics is not to cause animosity or stir insecurity among citizens; it is on this note we reply the writer of the above caption thus.

The writer of the above caption’s sense of reasoning was sub-merged in the ocean of emotional and psychological attenuation hence, he is bereft of any iota of reasonable judgment over fact and evidence about the incessant attack on Onyokumu people  by Agbo clan of Adogwu people hence we set the record straight:

The people of Onyokumu and Adogwu have been living peaceful from the time immemorial without any rancor or acrimony.

Until recently when as result of creation of beads (chieftaincy title) and upgrade of traditional title in the Local Government evolve in our political enclave, hence the scrabble and quest to conquer territory and fiefdom among the chiefs.

The above axiomatic variables had lead and maybe the roots of many inter- communal war among villager in Kogi and other states in Nigeria.

The communal clash between Onyokumu  people and Adogwu stated as a result of the quest by the Agbo clan led by late Chief Suleiman Agbaji to caption Onyokumu people as his territory and the resistance of Onyokumu people.

In 2014, late Chief Suleiman Agbaji hired mercenaries and crossed to Onyokumu island set houses ablaze, burnt properties and farm produce worth millions of naira. This incident was reported to the then Kogi State commissioner of police and Divisional Police Officer (DPO), Ajaokuta Division, yet due to political manipulation by the paramount ruler of Ajaokuta this hoodlums and assailants were set free.

Worse still, in 2015, Adogwu people led by same late Chief Suleiman Agbaji hired some mercenaries, crossed to Onyokumu again, destroyed houses, and properties worth millions of naira. That attack was reported to all security agencies in Kogi State. Due to political influence of the paramount chief of Ajaokuta, the assailants were not brought to book. To salvage the situation, in 2015, the Aboko people of Onyonukumu sued the agbo clan of Adogwu in SUIT NO IDHC/2/2015 pending before Kogi State High Court.

In 2017, there was yet another attack against Onyokumu people by the Adogwu people who criss-crossed to Onyokumu in their usual manner, destroy properties, houses and farm produce, worth millions of naira. All cry by Onyokumu people to all the security apparatus within prove abortive, hence, leaving the lives of Onyokumu people at the mercy of late Chief SUleiman Agbaji whose son, called Salifu Suleiman Agbaji, is a military officer who had vowed to continue to use his military connection to supply arms and ammunition to the people of Adogwu. The people of Onyokumu, in a bid to defend themselves, one Danlami Usman was murdered in cold blood and others still missing up to the present time.

In 2021, the Adogwu people crossed to Onyokumu, destroyed house and killed one Dansebe Audu and many others still missing.

From the above chronicles of the attacks on Onyokumu people, at no material time there have never been any incident of Onyokumu people crossing to Adogwu to attack, kill, destroy or burn properties, yet, Mr, Donat who is one of the perennial and perpetual assailant on Onyokumu people without any iota shame and respect for their victims seize the opportunity of being the media aide to Ajaokuta Local Government Chairman to come to open space to virtuperate his emotional dilussion and vicious propensity with impunity thinking that he can dissuade our own digital and detribalized Governor against the people of Onyokumu over Adogwu atrocities on Onyokumu people.

The Ohi of Egahi and Chairman Ajaokuta Local Government Traditional Council is now fanning embers of war between Adogwu people and Onyokumu people instead of been an instrument of peace and tranquility. They have also resorted to using media to mislead the public to divert the attention of the public from their atrocities against the people of Onyokumu.

These are the names of Adogwu people behind the atrocities on Onyokumu people:

Save the soul of Onyokumu people!