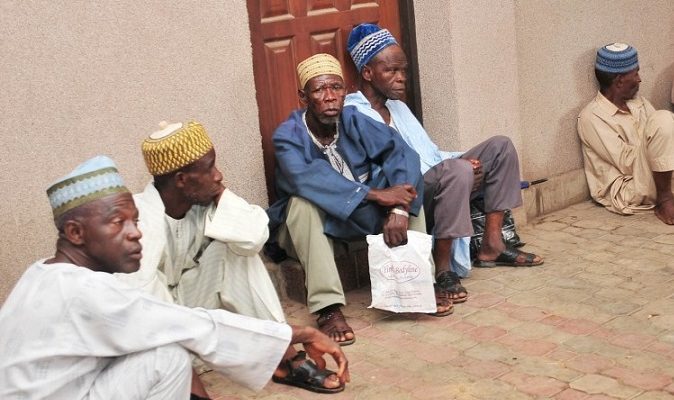 Capitalism refers to the ownership of factors of production by individuals and corporations. By contrast, Communism is the highest form of state control of the factors of production whereby all factors are owned, controlled and deployed by the state. Socialism is a more relaxed form of communism whereby the means of production, distribution, and exchange is owned or regulated by the government for the members of the society. Lastly, mixed economy combines features of the various forms of economic system.

As I trace the relationship between poverty and economic systems, I merge Communism and Socialism and take America, China/Russia and Germany/France as examples of capitalist, Socialist and mixed economic sates respectively. Data from the World Population Review puts poverty rates in the United States of America at 17.80%, China at 0.60%, Russia at 12.60%, France at 13.6% and Germany at 14.80%.

These statistics form the basis upon which I argue that significant relationship exists between economic systems and poverty rate. The United States of America is unarguably the bastion of capitalism in the world but has the highest poverty rate among the countries under review. In contrast, the poverty rate in China will suggest that Communist China has lifted millions of its citizens out of poverty over the last 5 decades. Capitalists are in business primarily for profit and would constantly prioritize returns over all other interests, be it environmental sustainability, human right or citizen empowerment. In socialist and communist states, government oftentimes act in the interest of majority of its citizens and this perhaps explains the progress that China and Russia have made in their poverty reduction crusade.

There have been many efforts at capitalism in the history of Nigeria. Our economy was largely characterized by many multinational companies at independence and the years before independence. In June 1971 however, we moved towards a capitalist regime that encourages indigenous ownership of the factors of production through the indigenization policy which aimed to create opportunities to Nigerian indigenous business men, maximize local retention of profit and raise the level of intermediate capital and goods production.

The objective of this piece is not to assess the success or otherwise of the indigenization policy but many studies have not assessed the policy to have been successful.

This fundamental oversight or negligence partly stunted the indigenization of the Nigerian economy technically envisioned in the 1970-1974 Plan; hence, the initiation of the Third National Development Plan, 1975-1980 became expedient.

In 1999 upon the return of democracy, Nigeria witnessed yet another boom in its economic history. The return to democracy birthed a new sense of optimism among Nigerians and the international community. Indeed, many people returned to Nigeria to contribute to our economic growth and development. The years between 1999 to 2007 arguably remain the best in our modern economic history since the return of democracy. These periods saw many successful economic reforms that birthed companies like MTN, Globacom, African Finance Corporation, many private universities, banks and financial service firms, FMCG firms, airlines and fast food chains. The years between 1999 to 2007 was also when many Nigerians in diaspora returned to Nigeria to build many successful companies.

Consequently, we saw considerable drop in poverty rate to an average of 56% attributable to the measures taken by the civilian government against administrative corruption, increased domestic and foreign investments and some implemented agricultural policies.

2007 to 2015 witnessed the consolidation of the many wins of the previous administration. With positive turns in the countries’ economic fortune and the increase in oil prices, the country experienced economic consolidation. Even though, the nation could have taken advantage of the economic boom of the period and raise many Nigerians out of poverty, corruption prevented the regime from making significant gains. It is on record that the former minister of Finance and the coordinating minister of the economy said the government of the time was unwilling to save for the future. Not only did corruption prevent Nigeria from maxing the gains of the moment, resources were also misallocated such that there was no attention devoted to building a skillful population which would have had a direct positive impact on poverty alleviation. The few efforts in these areas were also quickly overshadowed by the insecurity and insurgency that quickly overshadowed our public life. With the internal insurgency, the ground was laid for many to fall into poverty.

The regime of General Muhammadu Buhari quickened our decent into the abyss of poverty. The regime took more than 6 months to elect ministers which then facilitated the regime’s decent into recession. The administration also appointed public officers that are the most uninspiring in our history. What more, the regime thrived in lopsided appointment along tribal and religious lines leaving indelible marks in our journey towards a united and prosperous nation.  Even though, the administration continues to pay lips service to poverty alleviation, its actions and inactions are in fact suggestive of a government working to plunge its citizens into poverty.

How else do you rationalize the government’s unwillingness to fight terror and insurgency while it shows might towards human rights agitators like Sunday Igboho and Nnamdi Kanu? The regime’s unwillingness to fight insecurity has led to massive food insecurity never witnessed in our history because farmers can no longer go to farm, when they do, they pay various taxes to terrorist groups additional to the multiple official taxation regime.

Historically, Agriculture have been a tool for poverty alleviation but as people can no longer go to farm in peace, our poverty rate spiraled to the extent that over 105 million Nigerians now live below the poverty line as described by the World Bank. Additional to insecurity is also the corruption that has also silently held grip on the current administration. Recent reports that have indicted certain public servants to have stolen over 80 billion naira might be the tip of the iceberg if an opposition political party were to win the 2023 elections and expose the enormous corruption that have characterized the last 7 years.

People cannot come out of poverty if the quality of public primary and secondary institution is at an all-time low, when university gates are closed for more days during any year than they are kept open due to ASUU strike, when government officials leverage on borrowed funds to prosecute elections, when uninspiring and incompetent individuals holds many of our public offices, when citizens give their votes to the highest bidders, when the youths use the internet to TikTok and waste away on social media rather than learn valuable skills online, when old and people bereaved of ideas are now at the fore fronts of our political discuss and when the opportunities that’s available to citizens continue to shrink.

It would appear that despite the success of many firms and individuals in Nigeria, the number of poor people in the country has continued to grow. More concerning is the fact that this trend is unlikely to revert in the short to medium term. On the surface, the success of corporations should coincide with those of individuals but many factors inhibit this coincidence. Some of these issues are our poorly skilled population, inadequate implementation of economic plans, poor quality of education, the crave for certificate as opposed to knowledge and skills, uncontrolled population growth, corruption, lack of corporate governance in firms; particularly indigenous firms, attitudinal issues, incompetent public servants and insecurity.

The Future; What we Need to do

There is now an apparent crave to capitalize major problem areas that proofs unsolvable by the government under the shades of Public Private Partnerships (PPP). I note that these measures would further push many citizens into poverty. Today, we have many prosperous companies and individuals but millions of poor people.To move citizens out of poverty, we must address the key issues that makes people poor. We must get to the root causes and prescribe solutions that tackle the problems from the root as opposed to measures that address symptoms. Recent interventions by the federal government such as trader and farmer money seem to address symptoms and not the real issues.

Firstly, we must implement existing laws on compulsory, free and qualitative basic education. We must strengthen existing compulsory education laws by prescribing more stringent penalty for violation. Such penalties can be 6 months imprisonment with an option of fine of 100,000 naira to violating parents. The federal government must collaborate with states to concurrently implement this measure and deploy existing infrastructures such as the Civil Defense, Neighborhood watches and other similar bodies to assist with implementation.

Secondly, we must enforce and engender good corporate governance practices among firms. A situation where powerful people use their controlling stakes in banks to initiate and approve loans to related entities and show unwillingness to pay back at all or promptly must no longer be tolerated, in fact, they should become inconceivable in our corporate corridors.

Thirdly, we must return credibility to our traditional and religious institutions so they can help educate families and individuals on the need to be good citizens and think about helping their country in ways they can towards the good future we collectively desire. We must also find ways and means to ensure that traditional and religious leaders are people of knowledge, this would check against a culture where rather than work for the better future they desire, people hope for miracles and breakthroughs that oftentimes never come. A knowledgeable population is absolutely necessary to build sustainable wealth that moves citizens out of poverty and a sustainable fashion.