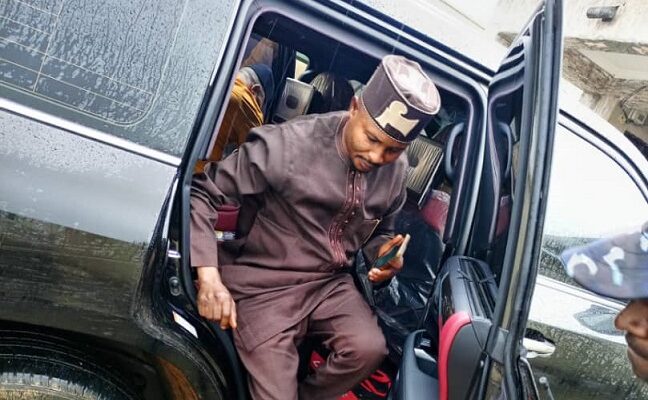 The Peoples Democratic Party (PDP) has condemned an alleged attack on a resident of Ife-Olukotun in Yagba East local government of Kogi state by a serving member, House of Representatives, Hon. Leke Abejide.

In a statement signed by Dr. Oluwasegun Gbenga, PDP urged Governor Yahaya Bello to call the lawmaker to order.

“The new twist of anger and violence by tension soaked Leke Abejide of the Federal House of Representatives, who yesterday ordered the brutalization of one Mr. Jimoh, a native of Ife-Olukotun from Ero compound.

“In the 21st century, under a civilian administration, no responsible leader will unleash terror on his own people or any other persons, no matter what.

“We are aware of the sad and ugly despicable incident that took place in Ife-Olukotun, Yagba East LGA on January 3rd 2023, at about 3pm around orita area, where Leke Abejide was returning to Alu and was flagged down, by some young people, obviously still in festive mood for a share of the Christmas and new year stuffs, which ordinarily should not bring anger to anyone, as you either give or move on. Leke refused to give and left only to order his mobile police escorts to return to the scene to unleash terror on the people. In the process, a young man identified as Jimoh was brutalized and public peace disturbed.

“It is important to remind Leke Abejide that, he is the 5th member of the house of reps from Yagba and he won’t be the last, and none so far has attacked our people. He should note that he is not even the Governor of the state, neither are we under the military.

“We want to remind him that Yagba is not a place where such dastardly act can’t be confronted, but due to the maturity exhibited by the people, which he should not take for granted. He shouldn’t test the resolve of the people,” the statement said.

The party warned Abejide to stop attacking people as that will not augur well for him when reprisal attacks are lauched by people who can not contain his excesses and won’t take to civil action like the PDP is doing.

The party called on the state government to call Leke Abejide to order and ensure he does not fuel crisis in Yagba land as there is a limit to which his excesses can be tolerated.

“While we are not surprised by the acts of desperation already shown by these people who have no articulate agenda for Yagba and its development, we are amazed at how quickly they are willing to manifest their evil intentions on the House of Reps member.

“While Hon. Leke Abejide and his entourage were on their way to Ife-Olukotun community from Isanlu to access the road and check out some portions of the road”.

“Some hoodlums believed to be political thugs sponsored by PDP led by Mr. Jimoh, a known political thug and hoodlum, on Tuesday launched an attack on Hon. Leke Abejide, the Member Representing Yagba Federal Constituency, and his convoy.

“Mr. Jimoh and his cohorts whose attempts were focused on attacking Hon. Leke’s at Ife-Olukotun successfully destroyed two 2 police Hilux vehicles as Mr. Jimoh the leader of the gang also stabbed a police officer(name withheld) who was trying to put him in order as to why he wanted to launch an attack unprovoked.

“Mr. Jimoh was arrested and he confessed to having been sent by PDP to attack Hon. Leke. The people of Yagba especially Ife-Olukotun community know the member as a peace-loving man who has never attacked anyone from Yagba either verbally or otherwise,” the media office said.

Meanwhile, the PDP also called on the Commissioner of Police to investigate the ugly incident and bring the police men who were used for the attack to book.

The party advised Leke Abejide to respond to the questions it asked him for two weeks on what happened to the N1.5b in FERMA, and the additional N1.4b recently deposited under the supplementary budget with FERMA, making it N2.9b.

“It is a surprise that the self acclaimed ‘I am spending my money’ lawmaker is using sands to fill potholes and gullies on our roads.”

PDP said the good people of Yagba are still interested in knowing why Abejide has refused to hold any constituency briefing since his assumption of office over three years ago.

In his reaction, the lawmaker accused the PDP media team has been peddling untrue stories about some amount of money of about N1.5b in FERMA, and an additional N1.4b from the supplementary budget.

The rep member’s media office insisted that FERMA is a federal government agency that will not release funds to an individual.

“Hon. Leke is not a contractor, he has never bidded for a contract under any government agency. Therefore, they are only peddling falsehood to suit their petty lies and to malign the image of Hon. Leke they want to cling and get to the people’s hearts through desperation.

“We, therefore urge the people of Yagba to forcefully resist the PDP and their sugar-coated lies and attack on people that threaten our elections and democracy and which fall way below the standard of best practices in Yagba.

“Lastly, we want to advise the PDP media team to rather engage in issues-based campaigns and stop spreading decorated lies to the people of Yagba. The people of Yagba will decide come February 2023 election and the people should not be intimidated by the PDP political thugs.”