Home News One Year on Throne: HYPPADEC Felicitates Ata Igala, Describes Him as a Man of Impeccable Character 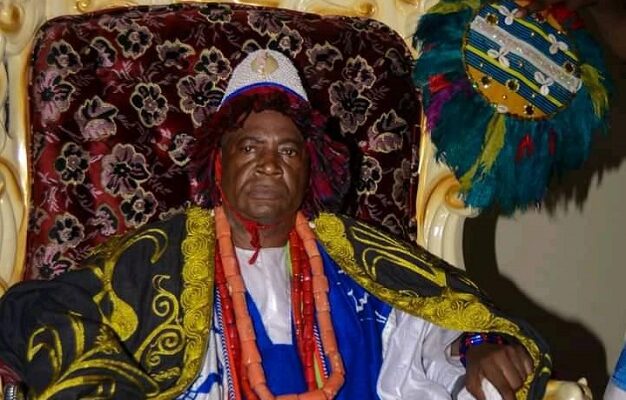 One Year on Throne: HYPPADEC Felicitates Ata Igala, Describes Him as a Man of Impeccable Character

Alh. Abubakar, in a congratulatory message to the state, Igala kingdom and Ata which was made available to newsmen in Lokoja, described the one year of the monarch on the exalted stool as overwhelming, results-oriented, progressive and peaceful.

The HYPPADEC boss observed that the era of Dr. Alaji Mathew Opaluwa Oguche Akpa II has ushered in peace, unity progress and development of the Igala kingdom.

Engr (Mrs) Joan Oguche, the Kogi State Coordinator of HYPPADEC who presented the message on behalf of Yelwa stated that “excellence is never an accident, it is the result of high intention, sincere effort, intelligent direction, skilful execution and the vision to see obstacles as opportunities. Excellence then is not an act but a habit. A habit which has exalted the monarch and would continue to boost his fame for more activations of development to Kogi state and the Igala land in particular.”

Alh. Abubakar appealed to the entire residents of Igala and Bassa land to continue to rally around the monarch to enable him to draw meaningful social amenities to his domain, adding that this could only materialise when there is a bond of unity among the citizens.

He asked God to give the paramount ruler wisdom, knowledge, sound health and longevity in the years ahead as he lead his subjects to an eldorado of growth and development.

He attributed their recognition by one of the oldest dynasties in the country as a reward for hard work, dedication to duties and services to humanity asserting that it is a litmus for them to continue their unfettered support to the state Governor, Alh. Yahaya Bello to enable his administration meet the ever-escalating yearnings and aspirations of the generality of the people of the state and Nigeria at large.