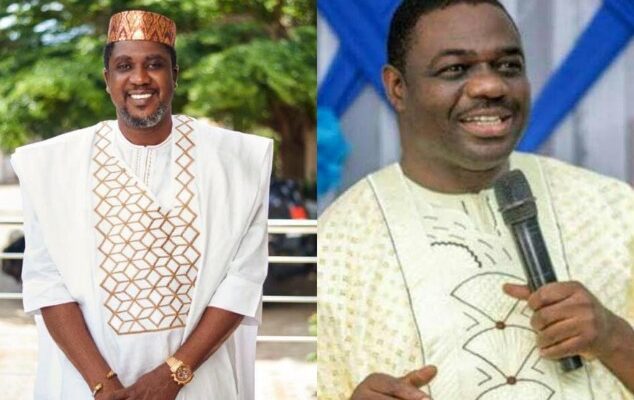 Ijumu Unity Group (IUG), a socio-political organization that cuts across political parties, has elected the interim executive committee to pilot the affairs of the group.

The newly elected chairman of the group is a two time council Chairman of Ijumu LGA, Hon Funsho Olumoko, Otunba Shuaib Ipinmisho is the secretary while Hon Boye Bello will serve as the treasurer.

In announcing the newly elected executive members, Chief Taiye Ikupeleye, who served as the chairman of the electoral committee of the group, said that “Hon Olumoko with his track record of achievements is no doubt capable to take the group the promise land.”

He further stated that aside the three man team, Otunba APS Arogundade remains the leader of the group while other executive members are to be elected from the various districts that make up Ijumu LGA in due course.

A former Chairman of Ijumu LGA, Hon Fehinti Dada, who was in attendance during the special congress of the group, congratulated the new exco and went further to state that he was happy of the turn of events within Ijumu LGA, as IUG, a non partisan socio-political group will serve as a formidable platform that can liberate Ijumu LGA from the current leadership ineptitude.

Hon Segun Ojo, in his own remarks, applauded the conveners of the group and guaranteed his full support of the new team and the aims and objectives of the group.

In his response, Hon Dayo Akanmode implores the newly elected executive members to hit the grounds running as there are lot to achieve within a short time.

The chairman, Hon Funsho Olumoko who doubles as the founder of Ogidi Omo Movement said he was delighted to be elected as the Chairman of the group.

While soliciting the support of all and sundry in taking IUG to an enviable height, he promised to put in his best to make sure that Ijumu LGA returns to it past glory. He implores members and of course all well meaning Ijumu citizens to join hands with his group to take the LGA out of the woods.

He went further to appeal to those that are yet to participate in the current INEC continuous registration to do so without delay. He emphasized that “2023 general elections is an important elections to us as a people, we are determined not just to cast our votes but for our votes must count. All hands must be on deck to make sure that our people are no longer shortchanged.”