Home News Nov. 2023 Guber: Open Letter to Gov. Yahaya Bello on the Need for Power to Rotate to Kogi West 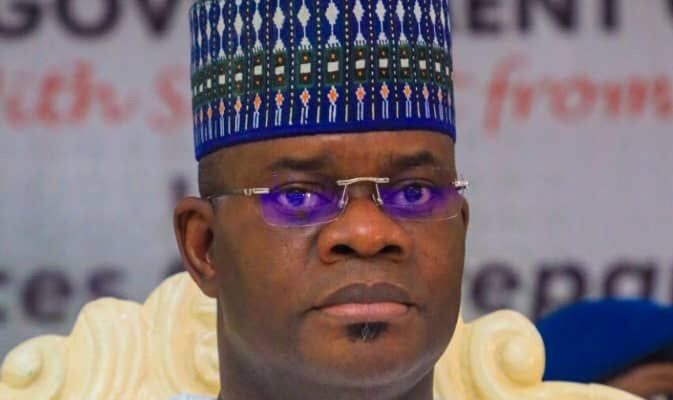 Nov. 2023 Guber: Open Letter to Gov. Yahaya Bello on the Need for Power to Rotate to Kogi West

I am compelled to write you this open letter because of the love I have for you and your new direction government. One of the lesson I learnt from my father is the fact that even though in this part of the world, it is hard to see people speaking truth to power but I should always remember that those who look at me straight to the face and tell me the truth are my best friends. I am compelled because I felt I owe you an obligation to tell you the truth about the challenges before you as you are preparing to leave office as the governor of Kogi state and move up the ladder to become a true statesman.

A leader in the true sense of the word is not he who fulfilled all his ambitions but one who after leaving office can truly beat his chest and say to himself that he left  behind justice, equity and peace for others to emulate because that is one of the basic traits of true statesman. I can tell you with every sense of patriotism that you  have done your best and history would be kind to you because it is true that the court challenges you had initially retarded your governments efforts in achieving some of your set goals no doubt. The issues of corruption are issues that I feel would define your government in and out of government as some of them are already made known and some others yet unknown but it is a known fact that in a democracy only the courts can decide.

In all this, your Excellency, you can still win the heart of the Kogi people if you can rise above petty ethnic, tribal and religious sentiment and look for a person who in your leadership recruitment drive for succession as Governor of the state can serve the whole people of the state rather than the whims of the power brokers in the state. I am writing to advice you that it is time you look for a good leader who you feel can even be better than yourself because this is an obligation you owe the people of the state because there is no good leadership if there is no good successor.

You must in this leadership recruitment effort for the next person to be the governor of the state look beyond the immediate because you can emerge as the respected statesman our people need by looking for somebody who is dynamic, ready to make a change and whose track records of achievements are good and acceptable to not only the people of Kogi state  but the country in general based on contemporary challenges and positions on national issues.

There is a legal expression that the court is not only a court of law but a court of Justice, fairness, and equity and this also goes for leadership. For example Asiwaju Bola Ahmed Tinubu had his way today as the Presidential candidate of the APC. because of the deliberate action of the northern governors of the ruling party  which took a patriotic position that they would rise above petty political considerations by honouring the unwritten agreements to rotate power back to the southern regions of our country. This singular actions by them have truly earned the positions of honour as true statesmen and this can be replicated in Kogi state.

God in his mercies have been kind to you by allowing you at this important juncture in our history to be the governor of our dear state.

During your jostling for the position of the governor of our state, it pleases God to make a change and that change left to you a man from the Kogi central senatorial district occupying the office as the governor of our state and you know he would not allow you to play God so it behoves on you now after the expiration of your tenure to  allow power to rotate to the Kogi-west senatorial district for justice, equity and fair play. This singular decision of yours can immediately transform you to a statesman with honour. This is true because make no mistake about it, there is no central district that can singularly make a governor of Kogi state because it needs to align with another senatorial district to have a chance.

The implication of this scenario is that the people of the west senatorial district would have the justification for voting against the APC because they would feel ostracised from the state politically and this would diminish your legacy forever in the hearts of our people.

I want to remind you that you have stated in many fora times without number that this time around for the sake of equity, fair play, justice and peace, it is now time for power to rotate to the west senatorial district. We all agreed with you on this and it is now time you keep your word and it should be your bond. You must now rise above petty politics and sentiments and take your rightful place among our statesmen because any shift from this position would be seen by all as the betrayal of trust under your leadership.

You must fear God because the essence of this long letter is to bring you to consciousness by being your constant reminder that you must do the needful  by allowing power shift to the west senatorial district.

The decision you take now on this need for power to rotate to the people of the kogi-west senatorial district would stand before you in the future.bIf you take the right decision, history would remember you and write your name in gold but if you allow petty politics to rule over your judgement in this issue, it would count against you in future and bring to nullity all you stand for.

They say statistics don’t lie.We have had since the creation of this state over 30 years ago;

as governors and non yet from Kogi-west. For the sake of equity and justice let’s give them their political right to be a governor of Kogi state this time around.

You have said it in many fora, times without numbers, that it is important that power this time around should naturally rotate to the Kogi-west senatorial district which the people of the state applaud you as a governor that is fair and just.

I want to advice you to please keep your words which to me should be your bond. You that have consistently point to the importance of this power shift must now rise above the urge toward petty political considerations and sentiments by being the statesman which we all expects you to be. You must fear God because the essence of this letter is to bring you to consciousness of the need for power shift to the west senatorial district because any deviation from this would see the people of the west senatorial district to see themselves as being ostracised from the political calculations in the state with grave political consequences for the peace and stability in the state and the retention of power by your party, the APC.

What you do in Kogi state as regards the issue of the rotation of power to the west senatorial district would be standing before you in the future. If you rise to the challenges of statesmanship and do what is expected of you, history would be kind to you but if you allow petty political considerations to rule over your judgement on this issue it would definitely count against you in the future because it would negates all known virtues of Justice, equity and fair play.

Some persons may allude to the issue of percentage ratio in population difference between the Muslims and the Christians but the statistics by the national population commission have consistently shown that the difference in ratio of the Muslims to the Christians is not more than 10-20% in the state. It is time we give the adherents of that faith a consideration along with selecting a person of competence from the Kogi-west as there are many of such persons from that part of the state.

Please sir, I urge you to allow the statesmanship that is allowed of statesmen to be manifest in your judgement by allowing a governor of Kogi-west extraction to emerge in the next political dispensation in the state.