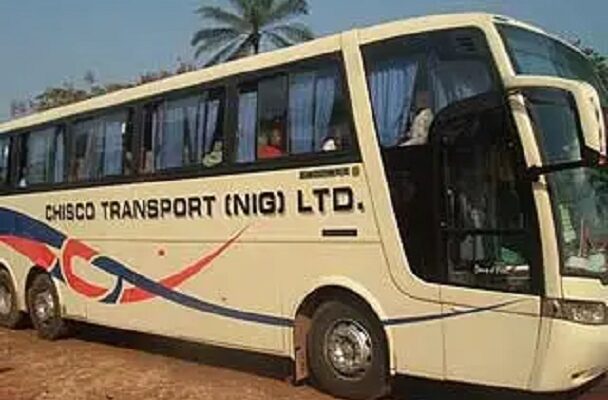 A bus in the fleet of Chisco Transport Nigeria Limited has been intercepted in Kogi State with hard drugs.

The discovery was made by operatives of the National Drug Law Enforcement Agency (NDLEA) on Stop and Search on October 27.

The bus was heading from Lagos to Abuja and was intercepted on the Okene-Abuja Expressway.

According to the Director of Media and Advocacy of the NDLEA, Femi Babafemi, the seized drugs were 32.9kg of Meth packaged as tubers of yam, 376 grams of Cocaine and 215 grams of Heroin.

“While the bus driver, Chief Pascal Chigozie Nmaram, was promptly arrested, a follow up operation in Abuja the same day led to the arrest of the recipient of the illicit cargo, Ikenna Jude Akunne, who confessed he was detailed to travel with the consignment to Spain the following day, which would have been October 28, 2022 and was to leave Nigeria through the Nnamdi Azikiwe International Airport, Abuja.”

Babafemi also disclosed that the operatives of the Kogi State Command of the Agency have destroyed five hectares of cannabis farms at Agbonkete, Iyaya Camp, Igalamela/Odolu LGA.

He stated that the  suspect, Augustine Agbenyo, 34, was arrested with three sacks of both fresh and dried leaves and stems of the illicit substance while in the FCT, the operatives on patrol along Kwali-Abuja Highway on October 24, 2022 intercepted a truck with 915.8kilograms of cannabis and arrested three suspects: Kabiru Ibrahim, 40; Muhammad Muawiyya, 30; and Adamu Adamu, 24.

The suspects may likely be charged before Court after the conclusion of investigation.