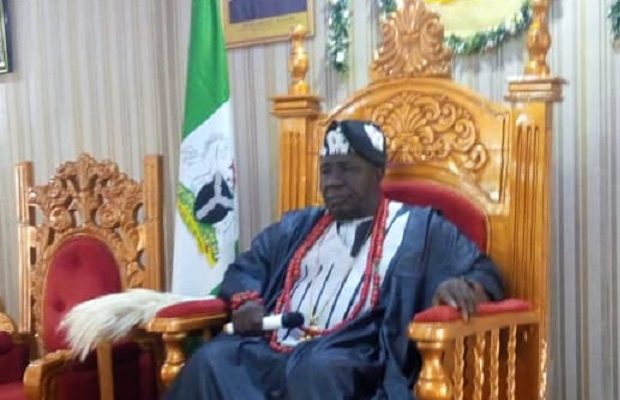 The Obaro of Kabba, Oba Solomon Dele Owoniyi says it is long overdue for Okun nation to produce the Governor of Kogi state.

Oba Owoniyi, who is the Chairman, Okun Area Traditional Council, charged women from the zone to pray earnestly for an Okun man to become the next Governor of the state.

He gave the charge at a women roundtable organized by Okun Ladies Association (OLA), in Lokoja on Thursday.

Represented by the Oba Ikebukun, Olu Timothy Ige, the Obaro said an Okun man can become the Governor of the state with fervent prayers.

According to him, prayer is an effective tool for receiving anything from God, who is the only one that enthrone one to power.

He described the State Governor, Alh. Yahaya Bello as a man that believes in equity, fairness and justice, urging all Okun sons and daughters to be united.

The Obaro commended the Governor for giving a sense of belonging to women in the governance of the State, saying he has set a remarkable record of engaging women in politics that nobody has done in the past in Kogi and Nigeria.

Earlier, the President of Okun Ladies Association, an umbrella bodyof Okun women worldwide, Chief Josephine Medupin said the body has laid a solid foundation towards achieving the aims and objectives of the association.

Chief Medupin emphasized the need for the people to  come together to salvage the current moral decadence in the society.

She appreciated the wife of Kogi State Governor, Hajia Rashida Bello for encouraging her husband to appoint women in his administration.

The event featured cultural display, presentation of awards to some distinguished Okun personalities including, Gen. J.O.S Oshanupin, Otunba APS Arogundade and Asiwaju Idris Asiru, Commissioner of Finance and Economic Planning among others.