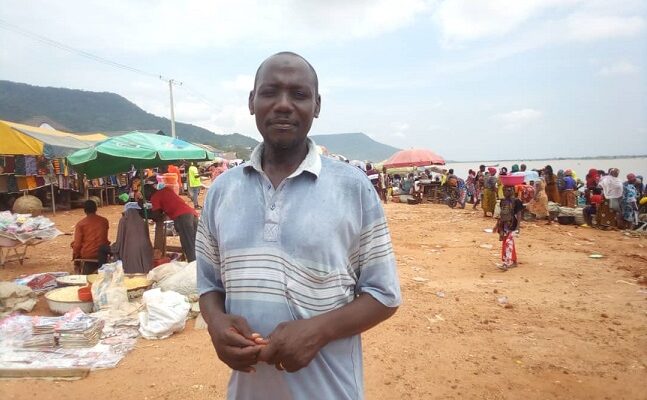 The leader of Kpata Market Group, Mr Musa Iliasu Joda made this known in Lokoja today while addressing Journalists who were on inspection tour of the embankment work along Kpata-Lokoja International Market road.

Mr Iliasu revealed that the people of Kpata remained exceptionally grateful grateful to Governor Bello, affirming that Kpata has tremendously benefited from his administration than any other administration so far in the State.

In his words; “when our road was cut into two by the flood, along Foundation Faith Church (Salem Church) road, His Excellency through the Ministry of Works and Housing and Kogi State Road Maintenance Agency (KOGROMA) promptly swung into action and reconstructed the dilapidated parts immediately.”

Joda further noted that, “even nature is at peace with Governor Bello and his cabinet”, explaining that the seasonal flooding stopped this year because the Governor has taken proactive measures to halt its recurrence.

He finally advised the populace to be careful in the way and manner in which wastes are disposed in order to avoid blocking the waster ways.

To put a total stop to the yearly menace of flooding within Lokoja metropolis, Governor Bello has commenced the construction of embankment along Kpata -Lokoja International Market road. This, many believe, is a bold step that will turn around the economic situation of the people of Kogi State.