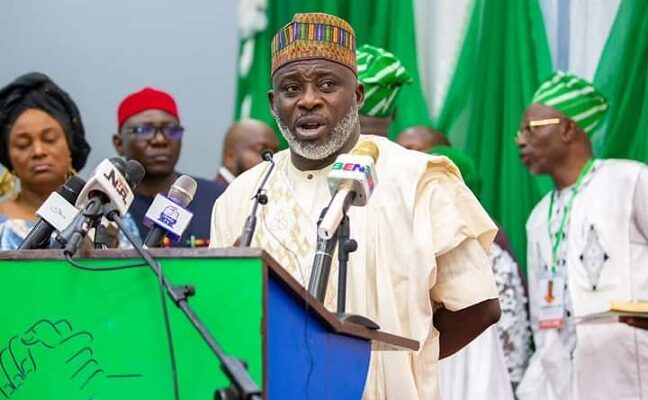 As political activities continue to heat up ahead of the 2023 general elections, a renowned political activist and grassroots mobilizer, Comrade Temitope Olufemi has expressed confidence that the candidate of the People’s Democratic Party (PDP), Hon. Tajudeen Teejay Yusuf, would emerge victorious in all the seven local government areas that constitutes the western senatorial district of the state.

Comrade Temitope Olufemi who maintained that all indications on ground has shown that Teejay Yusuf stands a very brighter chance to get the mandate of the people because of his good and cordial relationship with the vast majority of the electorate in the senatorial district.

Mr Olufemi stated that Hon Tee Jay Yusuf represents the collective hopes and aspirations of the people of Kogi West because of his track records of purposeful representation as a member of the House of Representatives for Kabba-Bunu/Ijumu federal constituency in the past 12 years.

Comrade Temitope who hinted that youths across political divides are anxiously rooting to deliver massive votes for Hon Tee Jay Yusuf and the PDP because the people have gone through hell under the APC maladministration.

He added that the untold hardship of the APC administration would have serious negative impact on the electoral fortune of their candidate, Mr Sunday Karimi.

The political activist also lamented the fact that the APC senatorial candidate, Mr Sunday Karimi does not have the charisma, goodwill and leadership acumen to represent the people of Kogi Eest.

Mr Olufemi recalled the prophecy of a man of God who stated clearly, during the wedding ceremony of a daughter of one of Kogi political icons, Delex, that Hon Tee Jay Yusuf would become the next senator from Kogi West. He added that both candidates of APC and PDP were in attendance.