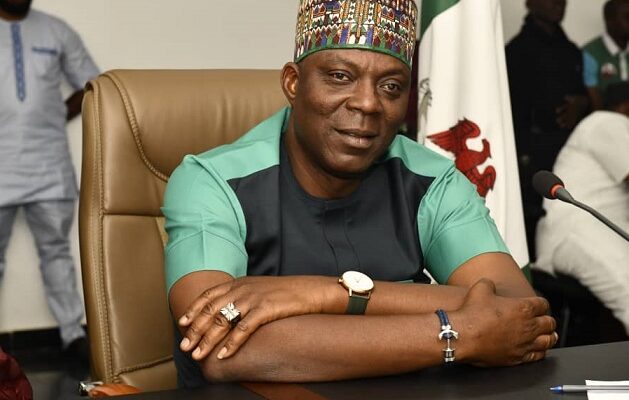 The Speaker of the Kogi State House of Assembly Rt. Hon. Matthew Kolawole has floored Olobatoke Segun Samuel and Chief Aiyedogbon David, as the Federal High Court of Nigeria, sitting in Lokoja awarded cost against the two applicant seeking to be joined in a suit filed by Kolawole.

Hon. Justice Peter H. Mallong of the Federal High Court Lokoja, on Thursday, threw out the applications of Olobatoke Segun Samuel and Barr. David Aiyedognon, aka Charvid, seeking to join the suit FHC/LKJ/CS/35 / 2022 filed by Matthew Kolawole to compel both the All Progressives Congress (APC) and Independent National Election Commission (INEC) to upload his name as the duly elected candidate of the ruling All Progressives Congress in the primary election held on the 27th May, 2022 for which he was the winner of the said election haven scored 69 votes being the highest valid votes to clinch the ticket of the party for Kabba-Bunu/Ijumu Federal Constituency in the forthcoming general elections in 2023.

The court said it is not the responsibility of both Olobatoke and Aiyedogbon to accept or upload the nomination of Matthew Kolawole as the candidate of the All Progressives Congress (APC) hence he threw out both applications of interest parties seeking to join the suits having failed to satisfied the court on Order 9 rule 5 of the Federal High Court, Civil Procedure Rule, the court thereafter awarded the sum of fifty thousand naira (#50,000) against Olobatoke Segun and Two hundred thousand naira (#200,000) against Barr. Aiyedogbon David aka Charvid.

The court has since adjourned till the main application to 17th August, 2022 for hearing and also Segun Olobatoke case filed against All Progressives Congress(APC) & 2Ors was adjourned to the same date.