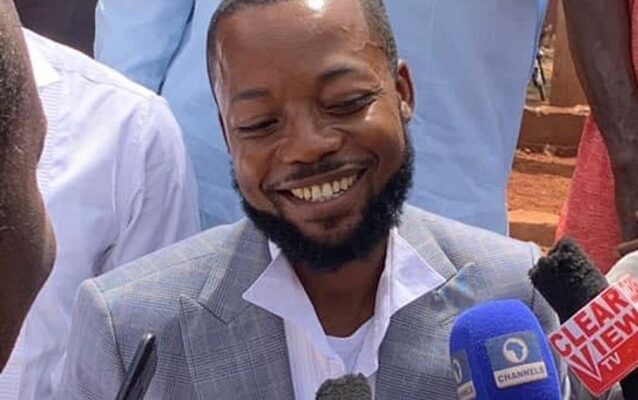 Contrary to widespread reports that the President and Founder of Enemona Josh Humanitarian Foundation, Gabriel Onoja, was abducted by unknown gunmen in Lokoja on Thursday, his business partner has confirmed that he was arrested by police officers over N530 Million loan default.

Olawale Olaluwoye, who claimed to be a business associate of the self-styled philanthropist, debunked the news of Onoja’s purported abduction.

Olaluwoye, who claimed he has been the one funding Onoja’s foundation, said the self-styled philanthropist was arrested for refusing to pay a loan he collected for financing coal mining and haulage business in Kogi.

“He, Onoja, introduced his business to me and I welcomed the idea. I was in Lokoja in 2020 to see what the business looks like, and I saw it’s a genuine business.

“It was a coal business. He supplies consumers in Ogun and some parts of Abuja. The more we fund the business, the more money we make. He comes with the proposal and we discuss and agree on my Return of Investment (ROI).

“I noticed he started developing interest in politics which I warned him to desist from but he wouldn’t listen. He started spending extravagantly in the guise of doing philanthropic works and it is now difficult for him to give an account of what has been expended on the business,” he said.

Olaluwoye urged members of the public to disregard the rumoured news of Onoja’s arrest, adding that “he is on his way to Lagos where he will be facing trial.”

Another source who craved anonymity confirmed that Onoja was arrested by Nigeria Police Force for refusing to pay a loan he collected using PFTN Nigeria limited, for the financing of coal mining and haulage business worth N530 million.

“The arrest which was authorised by the Lagos state Commissioner of Police had the arrest warrant and all other necessary paperwork, which enabled them to trace Mr Enemona to Lokoja where he has been hiding under the cover of Edward Onoja.

“The self-acclaimed Kogi philanthropist was arrested from his house at Wada road Lokoja and taken to Lagos where he is expected to face the law,” the source said.