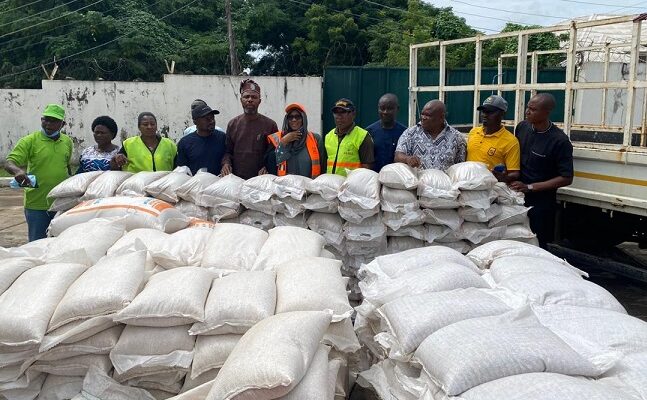 Commissioner of Environment, Chief Victor Omofaiye while told newsmen after monitoring the distribution process, warned officials against diversion of the materials.

The relief materials which were donated to the state by the National Emergency Management Agency (NEMA) consist of vegetable oil, red oil, beans, gaari, rice, tomatoes paste among others.

Omofaiye appealed for more support from the Federal Government, corporate bodies and public spirited individuals to ameliorate the sufferings of the victims.

According to him, more relief materials will also be distributed in the coming days, pointing out that the items are only for those in internally displaced persons (IDP) camps.