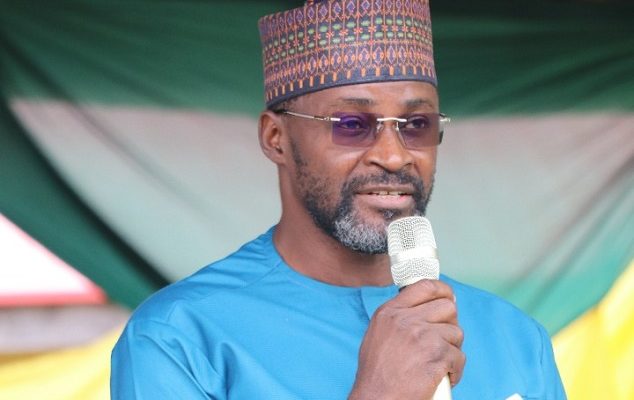 The Kogi State Commissioner for Education, Science and Technology, Hon. Wemi Jones, has appealed to parents and guardians to desist from aiding the skipping of classes for their wards, and urged to allow their children to move at their pace.

Jones made the appeal in his Paper Presentation at the ”Graduation And Prize Giving Day” of the BridgeHead International Academy, Felele, Lokoja.

”I wish to use this opportunity to plead with parents to desist from skipping classes for ther children.

”You are emotionaily, academically and psychologically destroying the academic performance of your child in your attempt to fast-track things.

”Many parents have sad tales of how that has affected their children’s performance. Allow your children to move at their pace”, he said.

The commissioner stressed that the State Education Law prohibits such practice, warning that the Ministry would go all out to ensure no school encourages such act as from next session.

He added that the Ministry would set a task force in place to compile lists of schools that aid parents in this negative act, saying such school, be it public or private shall be sanctioned.

Jones noted that education remained the best investment and legacy that any responsible parent could bequeath to their children; not wealth or money.

According to him, though wealth and money are good but education will equip an individual to be better equipped to face lives challenges.

He emphasised the determination of the State Government on the delivery of quality education services hence the establishment of the Education Law.

He assured that the Ministry was fully ready to implement the Education Law to ensure that the future of the children are not short changed by business owners in the guise of school proprietors.

”The issue of substandard and mush room schools where the Future of the young is at risk will no longer be tolerated.

”As from Monday 30th August to 7th September, the Ministry is giving opportunity to all unregistered schools in the State to be registered.

”All those who fail to register their school after this exercise will be considered as quacks and illegal schools, Such school will be closed and the owners shall be sanctioned.

”It is the right of every child to be Educated hence the State shall act on her Education Law to arrest and prosecute the parent or guardian of any child who is caught hawking during the school hours.

”Every parent should encouraged to send their children to school”, the Commissioner said.

He congratulated the parents, guardians, students, proprietor and staff of Bridge Head International Academy for the brillant performance being witnessed by all today.

Earlier, the Principal of BridgeHead International Academy, Mr Simeon Durowaiye, thanked God that from the small beginning, the school has moved to a higher ground.

He noted that the session had been a very challenging one due to COVID-19, but praised God that it all ended well.

He added that the school had developed tremendously in the area of academic, sports and ICT, anding that salaries and remuneration of staff were being paid as and when due.

Durowaiye commended the Commissioner for honoring their invitation to be the Guest of Honour in spite the short notice, saying, ”we are humbled.

”Your esteem presence here today underscores your hard work and love for educational development in Kogi State. The children you will address today will never forget your admonition”.

The highlight of the occasion was the awarding of prizes and gifts to some pupils and students who have distinguished themselves in their academics and other curricula activities.