Home News Kogi and Her Emerging Children of Deceit 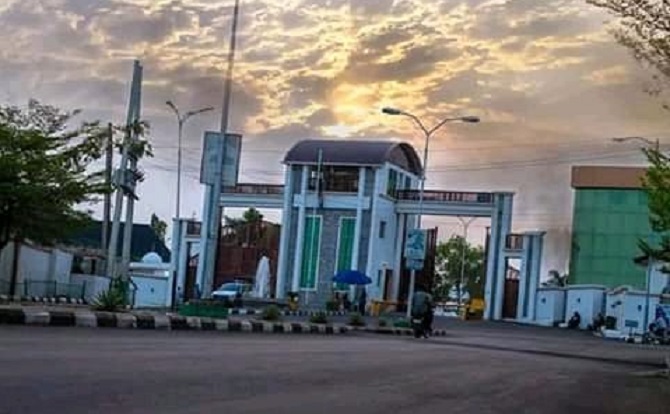 Kogi and Her Emerging Children of Deceit

The secretary to the state government was quoted in the viral video currently circulating by an online tv on Yahaya Bello’s vote of confidence on Senator Jibrin Isah Echocho.

She said and I quote;

“Touching lives does not mean politicians giving you N5000, N10,000 and even millions. When we are talking about touching lives, we are talking about getting salaries. Salaries that would translate to you spending for your families. Salaries that would speak and say yes! I have a job. I tell you, there is a joy leaving your house and saying you’re employed. And all these things (Rice mill) that we have commissioned are things that would give joy to the people and say I have a job…”

Shockingly, Dr. Folashade Ayoade is emphasising on salaries that the government she holds brief for don’t pay. She is telling the youths, men and women to take up employment without assurance of their rewards. She also saw the rice mill as source of gainful employment that could generate sustainable income for employees.

In other words, she has distinguished between real empowerment and monetary rewards— the same unethical ideology that the state government is found culpable.

The last time I checked, none of the youths who worked so hard either by crook or by hook to enthrone this government has been employed in real sectors. Instead, they are made unceremonial P.As, S.As and SSAs who parade themselves intimidating Ladies while they wait for N50,000 monthly stipends.

So I ask; how has the government she serves touched lives? Why is she deliberately analysing issues she practically lacks the moral sanctity to do so? Employment are not created. Even those working in the existing ones are not paid. The retirees are dying. Still, everyone goes mute in fear of the unknown, and they relishes that to pass everything under our noses unquestioned. What an impetus!

In a saner environment, the state government should have buried its head in shame. They have not commissioned a single project in Kogi East. Operation light up Kogi East was a lie. And to even think that the state government scammed Kogi East with Idah—Agenebode bridge makes it the greatest heist in history. Yet, they ganged up in the media to take credit on a project next to nothing in value. How did we get here? The society is jubilating over a misplaced priority. Government from sleeping bed, nods head like a well fed lizard in applause to nothing.

Anyway, it would be an edge for Bello, especially now that our lawmakers wants to hand over their acclaimed projects to state government. His peddled antecedents with which he hopes to become Nigeria’s president would have been boosted. After all, it is not a duty of a Lawmaker to do projects.

Those of us who watched that video clip on YouTube had been bemused by the cheer accolades Echocho got from the governor. But then, I am not surprised at all. Because, in our chequered history, no lawmaker has stood in defense of his state governor like ours. In place of policy formulation that should have positively changed the course of history, he runs helter skelter to solicit soft landing for the emperor anytime EFCC comes knocking.

I want to ensure that I sheathe asking questions about the economic impact of the so called rice mill and all that follows. I want to try hard to evaluate the rate of rice productions in Kogi state, etc.

But the idea that some think they can tell us anything and go free is annoying. We must stop deceiving ourselves henceforth. Anyone can commission anything but certainly not in our case. He who comes to equity must come with clean hands.