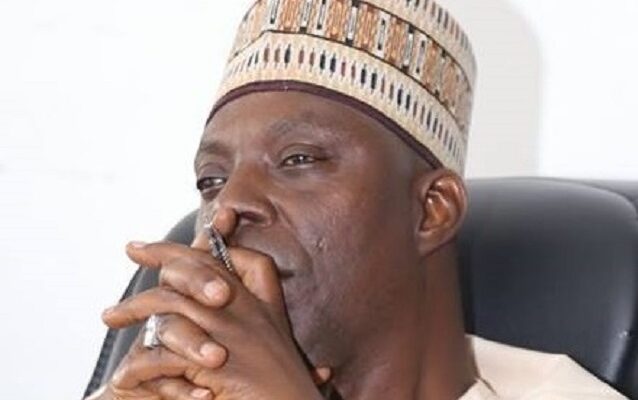 The aspiration of Prince Matthew Kolawole, the Speaker of Kogi State House of Assembly to represent Kabba-Bunu/Ijumu Federal Constituency in the next general elections seems to have hit the rock.

The Speaker, according to investigations, has dragged the Independent National Electoral Commission (INEC) and the All Progressives Congress (APC) to the Federal High Court, Lokoja over the continued failure to upload his name on the electoral umpire’s portal as the rightful House of Representatives candidate for 2023 general elections.

Prince Kolawole, in the suit marked FHC/LKJ/CS/35/2022 and filed on June 28 by his lawyer, M.Y. Abdullahi, sought an order of the court mandating INEC to unconditionally accept and publish his name as the duly sponsored candidate of APC for Kabba-Bunu/Ijumu federal constituency towards the 2023 general elections.

The suit listed INEC and APC as first and second defendants respectively.

In the originating summons, Kolawole explained that he won the May 27, 2022 APC primary election, having polled the highest lawful votes cast.

Kolawole explained that while the party, APC, tried to upload relevant details of his particulars but failed because of network issues on INEC portal.

“That upon discovery of the rejection of my name by the 1st defendant’s portal, I made several attempt to persuade the 2nd Defendant to keep the effort on in uploading my personal details but I was made to understand that the problem is from the 1st Defendant’s portal.

“On the 24th day of June, 2022 the 1st Defendant published the names of sponsored candidate of the 2nd Defendant for the 2023 general elections in Nigeria and and the space for Kabba-Bunu/Ijumu Federal Constituency is empty because the 1st Defendant’s online portal failed to allow the upload of my personal details.”

At the first hearing on Wednesday, July 13, 2022, an interested stakeholder in the matter asked to be joined in the suit.

The first runner-up in the May 27 APC primary election, Olobatoke Segun Samuel, through his lawyer, Ayotunde Ogunleye, asked the court presided over by Justice P.H. Mallong to join him in the suit as he is already in court to challenge Kolawole’s emergence as APC candidate for Kabba-Bunu/Ijumu federal constituency.

The plaintiff’s counsel objected to the motion and Justice Mallong adjourned the matter till Friday.

A source disclosed to this reporter that the inability of the Speaker to make the list of INEC may be as a result of allegations of change of delegate list leveled against him by others who contested the ticket with him.

Prince Kolawole had been running from pillar to post especially the APC National Headquarters to get help but to no avail.