The Igala Youth Council (Ojuju Agbadufu) has commended President Muhammadu Buhari for being responsive in the appointment of Professor Stephen Ocheni as replacement for late Minister James Ocholi.

This was contained in a communiqué that was signed by the clerk in council Hon. Barry Moses Idakwo at the end of the council meeting of Ojuju Agbadufu Igala in Anyiba yesterday.

The communique also enjoined the National Assembly to fast track the screening of the ministerial nominee for the fact that the State had been excluded from the Federal Executive Council for over a year.

On the State front the youth group said the Igalas have been treated as if they were the least in population as exhibited by Political appointments made so far.

The communique noted that Civil Servants and Pensioners in Kogi State have suffered from unending poorly coordinated screening exercise which has become ill-fated.

It added that there was need to demonstrate care for the wellbeing of Pensioners who have served Kogi State with their lives.

Hence it advised government to follow due process in the attempt to lay off workers in the State.

In the area of security, the group lamented on the inadequate security agents in the eastern flank compared to the other parts.

They advocated for more security presence so that their impact can be felt.

On the issue of Kidnapping and other criminal activities which is rampant in Igala land, the communique charged Government to give more serious attention to security in the area.

The Council called on Igala people to continue to demonstrate maturity and patience with the times.

The Council meeting which is a regular quarterly meeting was held to review the state of security and welfare of Igala people across the State.

The meeting was also held to elect a new President In-Council and Clerk of Council and also administer oath on the new Council members. 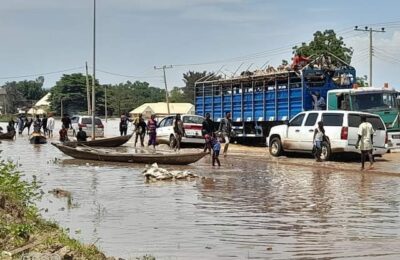